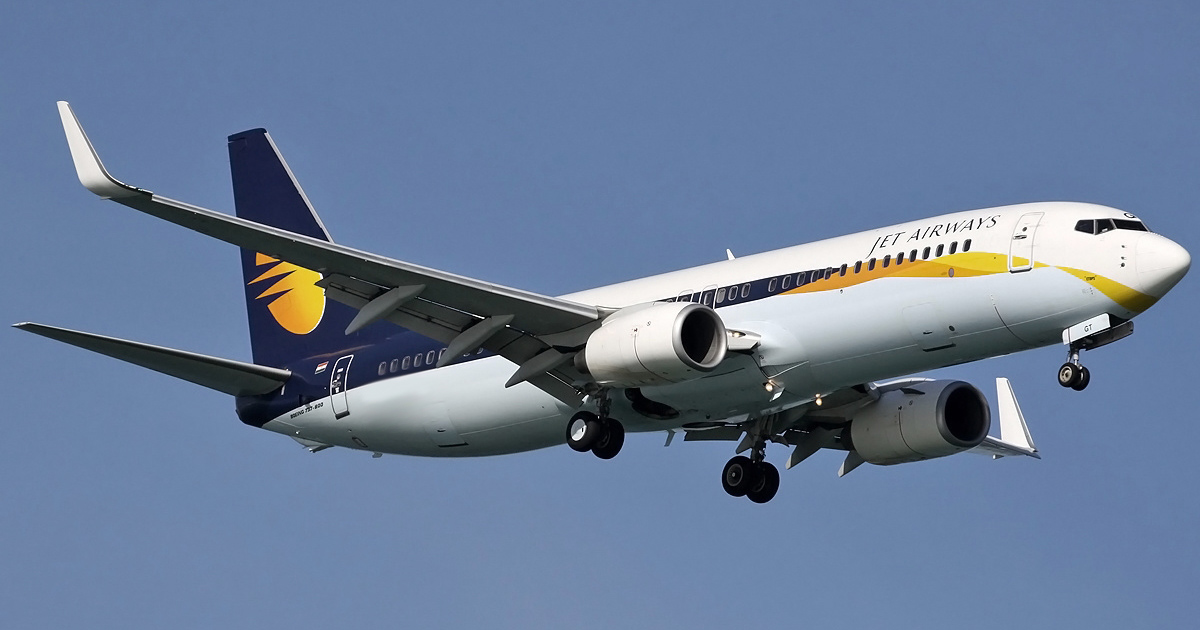 I was just making my way through an old terabyte hard drive trying to make sense of my madness when I came across this brilliant billboard advertising campaign.

– all tired to outdo each other in their outdoor advertising campaigns.

It all started when Jet Airlines innocently put up this billboard title: “We’ve Changed”.

Kingfisher Airlines saw an opportunity and took credit for making them change. 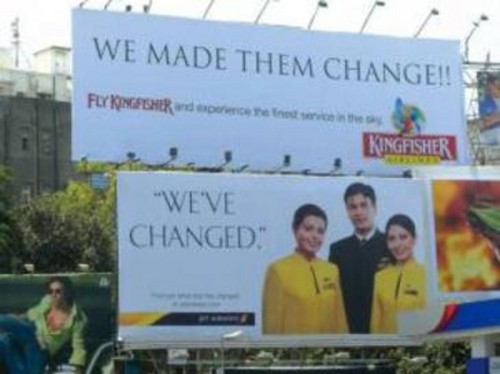 Kingfisher Airlines: We Made Them Change.

If that wasn’t enough, Go Airlines decided to cash in on the success of the first two billboards. 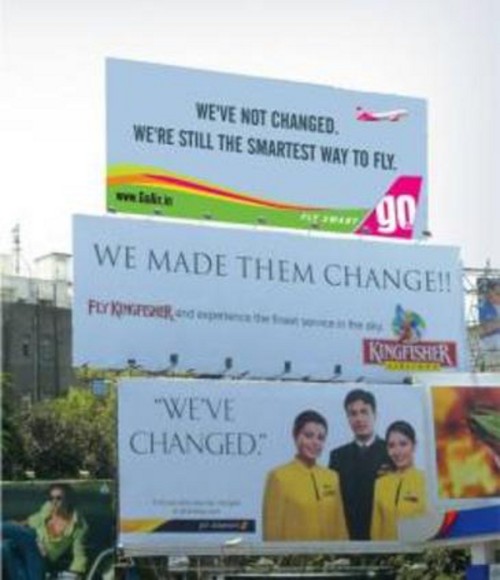 There could be a message in this: don’t leave yourself open to “ambush advertising”. Not only did Go get the last word… but they belittled and outwitted the message of the other two airlines.