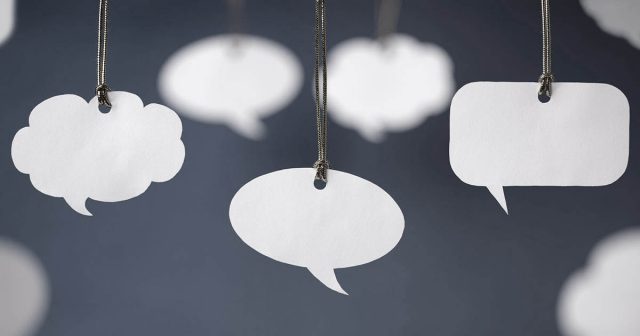 We recently implemented a collaborative discussion platform for a very large finance company that required a product to encourage and facilitate internal communications. As the company grew in size, and with multiple projects running concurrently, and with numerous information stakeholders, their email system was simply becoming ineffective. This article details how we introduced a Usenet (NNTP) service for internal company communications that has, in the words of our client, “completely transformed internal collaboration and business efficiency”.

Email was designed in 1972 as a means of sending simple text messages (initially on just the same computer)… and while the archaic functionality was built upon over time, the system has failed to break free of the basic limitations imposed by the early architecture. Email wasn’t designed for true collaborative discussions, and it often becomes a tiresome platform for those cases where there’s a group of people involved. Don’t get us wrong: email absolutely has its place in the world… but it’s far from a good fit for multiple participants to discuss internal projects. Email is not a good team-based collaborative discussion tool… it’s a good communication tool.

In building an internal discussion tool for a growing franchise operation we were rather limited by way of a debilitating budget assigned to the project (we’d just completed a larger scale application and our client didn’t want to go to the board asking for more money). We were offered remuneration that essentially provided for open source software and just a few hours of our time, or a very inexpensive or free commercial product. Additionally, our client was burned multiple times in the past and the company was reluctant to invest in something else that didn’t work… but they were also desperate to move away from email. They didn’t (or couldn’t) go the way of those solutions that made most sense… so if we couldn’t provide them with a tool that worked the wanted it to they’d simply continue using email – far from ideal.

Our first and most immediate recommendation was Microsoft Teams

. The company was already using Outlook 365 at the management level and the plug-and-play Teams

solution was somewhat of a no-brainer. We could have Teams up and running in minutes and very easily build in any necessary system integration via the Microsoft Graph API

. However, the early franchise growth was one that lacked a best-practice and common IT infrastructure so there was a mix of Microsoft, Google, and other email in use. Forcing Teams meant also forcing franchisees into a new product when many of them were already committed to inferior solutions.

– but it was a now retired product that would require complex oversight and continued development (and management) well beyond our assigned budget. Belief previously had a release of Wave available via WaveProtocol.info

that we wanted to make available to the financial community at large, but not unlike Google’s own experience with the product, the complexity proved problematic and made the excellent protocol unsuitable.

We looked at various XMPP

servers and clients (we’d built their web-based chat features using XMPP) but for a range of reasons it wasn’t entirely appropriate. We looked at other commercial solutions such as Cisco’s Jabber

… but at this stage our client was somewhat insistent that they wanted an internal tool free from costly Imperialistic entanglements.

It’s at this point we landed on something that was actually rather ideal (for now); an NNTP (or Usenet server). We’ve had a long history with Usenet and we’ve always preferred it to web-based and other commercial tools for basic collaboration. Even better, we had the underlying tech well and truly in place. We found commonality among franchise groups by way of Outlook (even those that weren’t using Microsoft email), and there were plugins available for Outlook that permitted newsgroup integration – something that the parent company was ideally looking to achieve. Additionally, the plethora of open-source Newsgroup clients meant we didn’t have to build something from scratch, and the available applications added options and mobility to a product that would otherwise be relegated to a desktop Outlook installation.

We never advocate IT systems that are held together with band-aids, and very early on it felt like we were having a conversation that was headed towards a seriously fragmented tool. A single means of authentication should only ever be used across all IT systems, and each independent system should intrinsically connect to the next. So, adding a collaborative platform should ideally connect with their other IT systems seamlessly – including, of course, making data available when required. More importantly, whatever solution we provided for our clients would have to have a database back-end so – when then invariably arrive at a point where they need something more sophisticated – we could easily write a script to import their existing data into a more permanent system.

So, after a few months of highly successful usage by our client we’ve decided to build a little system that would be available to the finance community industry-wide. To provide the system with more appeal we will integrate other ‘common’ newsgroups to aggregate industry news and other broader discussions. Best of all, the system breaks free of the entanglements normally associated with regimented platforms such as Facebook Groups. We expect to have an early system live towards the end of 2019.