, with the global live-streaming premiere of the television commercial attended by hundreds of industry and media representatives.

Nicole Kidman is both star and narrator of the captivating feature, which will be shown on global TV stations and social media in both 60 and 30 second formats, with still versions of the campaign appearing in print, digital and on outdoor channels.

The TVC was shot onboard Etihad Airways' new flagship Airbus A380 and in locations around the world, including various landmarks in Abu Dhabi. The TVC also features a digitally created scene of Kidman in the interior of the soon to be opened Louvre Abu Dhabi, celebrated architect Jean Nouvel's futuristic and awe-inspiring showcase of modern architecture, influenced by the light and geometric patterns of the Emirate.

in Marseilles was chosen to reflect the airline's focus on design, while the Villa Mediterranee

, also in Marseilles, a centre of culture and promotion of international dialogue and friendship, symbolises Etihad Airways' role as a global ambassador. The 17th century baroque hall of the historic Strahov Library

in Prague represents knowledge, learning, and the desire to innovate and lead.

said: "Etihad Airways is constantly pushing boundaries, taking inspiration from the world to provide a superlative in-flight experience for our guests. We are rewriting the rule book and reimagining flying by breaking away from convention and leading the way in innovation, design, style and hospitality. This new campaign has succeeded brilliantly in bringing our unique brand and service ethos to life on film, in print and on digital channels.

"Nicole Kidman, as a globally respected artist, was the perfect voice and face for our story, and embodies worldly sophistication, intelligence, originality, and elegance - values which form the foundations of the Etihad brand."

The opening scene shows Kidman flicking through the pages of an inspirational novel at the Strahov library, with subsequent sequences showing the actress enjoying the revolutionary cabins and service offerings onboard Etihad Airways' new A380. These include relaxing in The Lobby, enjoying watching TV in the spacious First Apartment and finally falling back into the double bed in the bedroom of the three-room The Residence by Etihad - the only such private living space in commercial aviation. The closing line, "Because their goal isn't to improve on what has been done before - but to totally reimagine it", concludes the TVC with air-to-air footage of the new A380 in evening light, resplendent in the airline's new 'Facets of Abu Dhabi' livery.

, who have created some of the most visually daring commercials of the last six years, crafting clever and mesmerizing films for major global brands. 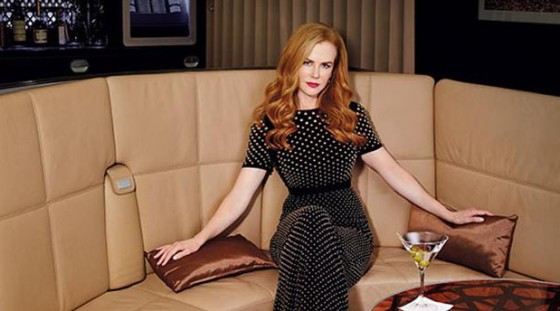 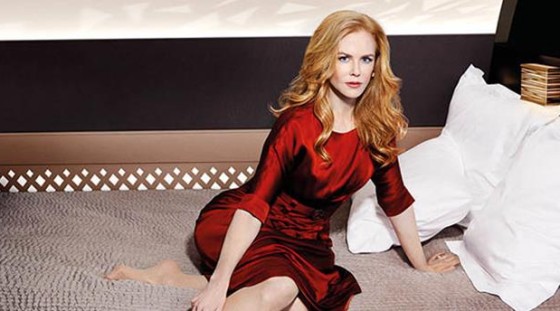 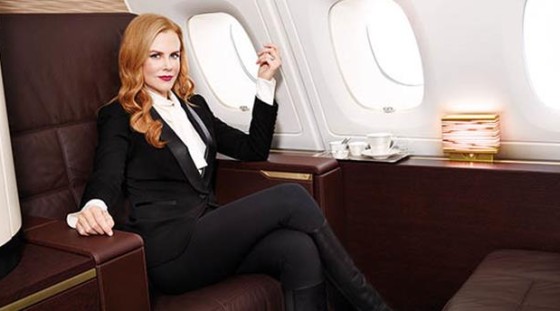 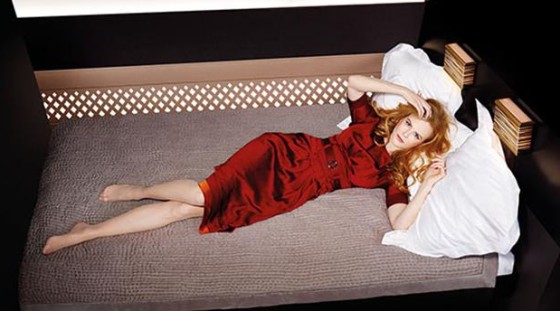 According to Anthony Atanasio

, "... the film represents a wonderful opportunity to create an incredible mood of beauty and poignancy, to make viewers 'feel' the ideas, the connections, the materials, the creativity, the freshness and excitement and also the tangible, personal benefits of how Etihad Airways has reimagined flying.

"We want to deliver an elevated sense of beauty, artistry, and enlightenment, giving viewers with the sense that Etihad Airways has raised the bar not only in airline travel, but in the larger realm of human endeavour."

Tom McFarlane, Founding Creative Director at M&C Saatchi Australia, adds: "On the completion of a campaign I'm often asked what inspired me. The answers are many and varied, but in this case the inspiration came directly from the product itself. Who could not be inspired by the sheer elegance, style, and dare I say it, reimagining of this remarkable aircraft? Hopefully, all of which we have captured perfectly in this campaign."

The TVC was produced by Trent Simpson

. The Director of Photography was British cinematographer Daniel Landin

, who has shot numerous short films and music videos, including for the Rolling Stones, David Bowie and Madonna amongst others, as well as TV and cinema commercials for leading global premium brands.

The accompanying soundtrack was specially commissioned by the airline and composed by Ramesh Sathiah, Creative Director and Composer at Sydney-based audio design company Song Zu

. Sathiah's simple, cinematic score, peppered with Arabic musical elements, forms the perfect accompaniment to the imagery. The soundtrack was conducted by Roger Benedict