The Bank of Adelaide head office (at right), on the Currie Street corner, looking south down King William Street, Adelaide, 1900.

In the 1970s, South Australian premier Don Dunstan claimed that a “financial royal family” ran the state. That “family” was the directors of the Bank of Adelaide, SA Brewing and The Advertiser newspaper. Not much has changed! 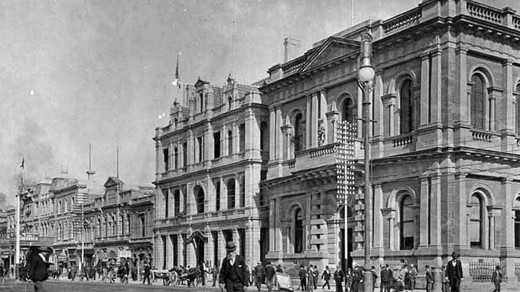 The Bank of Adelaide head office (at rig