Instagratify is the internal name we've temporarily given to that component of our social media management system that filters Instagram images to any number of connected accounts. Initially a standalone subscription-based service, we migrated the service over to BeliefMedia in 2016 for exclusive use by our partners and clients, and it has now been used to share images across social networks over a million times. This article talks briefly about a new feature to the platform and discusses the motivation behind the addition.

Until now, the only way in which to share the full Instagram caption associated with an image (should it exceed the 140 character limit on Twitter) was to link back the original Instagram post. This behavior violated our own policies simply because the external link compromised the contained user experience (if you're on Twitter, you don't want to open Instagram for context). Not unlike the method we use to generate text tweets, we now write the Instagram caption to an image and share that image automatically (and by default) when the text length exceeds Twitter's limit (currently 140 but likely to increase to 280 characters 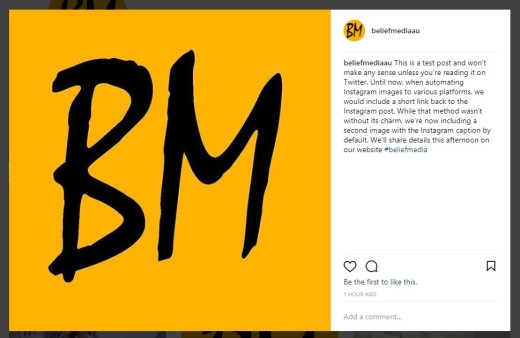 We've used the #beliefmedia hashtag that we filter to BeliefMedia's Twitter 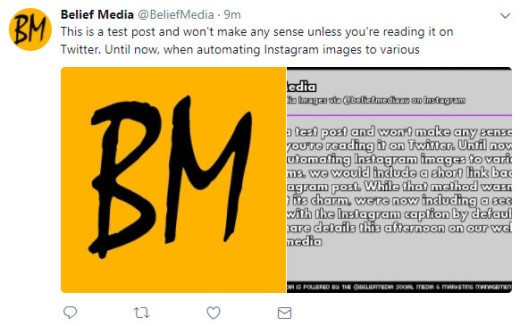 When the text image is selected it unfolds as follows: 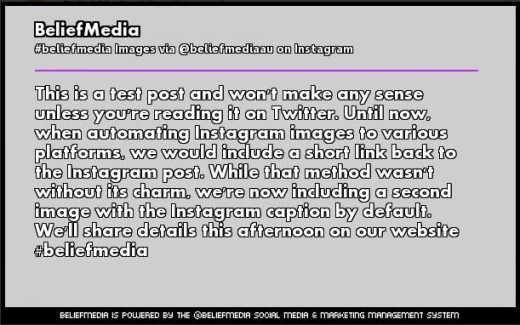 We've have ongoing issues with our competitors fraudulently making claims against content we share online. In the last month Instagram shut down our primary profile on the basis of those claims. We're certainly not the first to experience the wrath of Instagram's severely lacking appeal process and we won't be the last. While we've initiated litigation against those that reported our content, it hasn't and won't stop us from using the service. What the experience did do, however, was give us reason to scrutinize the value of sharing a link back to the original image when there's no guarantee of that image remaining on the Instagram website. About 400,000 links have now become link-rot by virtue of Instagram's automated and flawed process of appealing fraudulent third-party claims. So, while the feature to share a link back to Instagram is still available, we don't advocate its use.

We hear about people losing their Instagram accounts every day. Sadly, the deactivation is rarely justified and usually results in real financial damage to business. For this reason, we've built in a few safeguards into our own Instagram use, we've spread our risk, and we'll be heavily scrutinizing our Instagram advertising spend.

Continue using the service as you already do. We will, however, add the text image if your Instagram caption text exceeds Twitter's character limit. You have the option of altering your filters and removing the link if you so choose.

We built the feature this morning in just a couple of hours by using tools already available from within our system so it hasn't undergone the testing that we would have liked. We'll use the platform extensively over the next week to iron out any bugs that might exist.

You may view the text-image before it sends in your normal Twitter schedule.

The image-tweet presentation is customizable but we haven't built the user features into the platform just yet. We'll test the default output before adding additional options. The customization options include the actual background image, border color, footer text, title, subtitle, and font styles.

The "quote format" we chose for the text-image was the "Cinematic Quote". Expect some subtle changes to the output over the next few days during testing.

Adding Confusion to the Mix

We use a number of tags to force certain behaviour (the tag of #nsfw, for example, marks a tweet as sensitive). Other tags are used to create WordPress post titles or set a schedule time. We've considered introducing an array of additional tags into the mix that will, perhaps, silence the image, or determine the color scheme. While it's likely more tags will increase the complexity for a system designed to be super-simple to use, it's an issue for which we would like some feedback. If you are looking for a particular feature, please let us know so we can build it in. 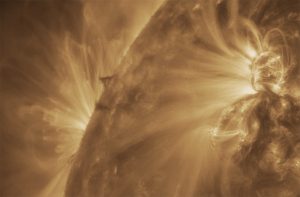 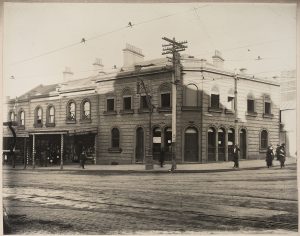