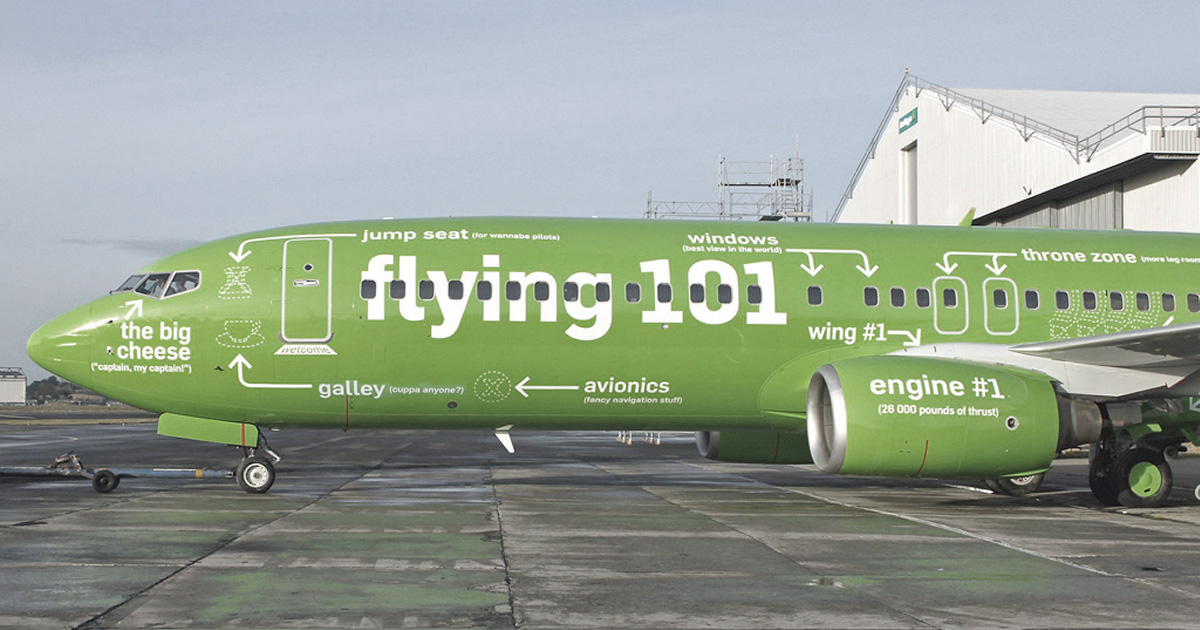 have recently released a unique livery on one of its new Boeing 737-800s (registration ZS-ZWP), entitled “Flying 101”. Various sections of the unusually unique lime fuselage are labelled with captions – essentially providing a comic insight into the features of an airliner.

The design work was apparently completed in-house by Kulula, and the advertising and public relations was handled by both King James

The photos were released to key bloggers well before the aircraft set foot on South African soil with the purpose of encouraging a viral campaign on the web, and it seems to be overwhelmingly successful.

Kulula fusleages are unique in that they’re all painted in their very own paint schemes. Paint schemes include the ‘cow’, ‘camo’ and ‘the jetsetter’. There’s talk that the second Boeing 737 is currently undergoing its transformation into an over-sized container box, with the words ‘this way up’ printed on its side.