The latest installment into Qantas' ageing "I Still call Australia Home" campaign was launched nationally in Australia during the Bledisloe Cup in August. While the reaction to the advert is mixed, the most negative of reviews are critical of Qantas for what is perceived as the airline recycled 'just another' variation on a theme that they've been milking for years.

Many argue that the 4th-generation campaign is outdated and the airline is abusing their international ambassadorship by painting a picture of the country that doesn't quite reflect our sophisticated and cultural evolution. Many media commentators are suggesting that Qantas simply has to maintain its current campaign at the risk of losing whatever positive awareness it has left after a string of high profile upsets. 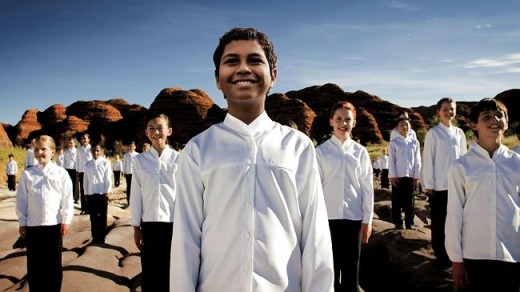 The commercial opens with Tyus, a young Indigenous boy, singing in his native language at a remote Australian location. As Tyus sings, his voice travels to the far corners of the globe. Other choristers hear his call and respond via a journey home, culminating in the formation of a fully assembled choir. None of the locations are particularly well known and were selected for their natural beauty. To keep costs down, the airline recycled older international footage which is interweaved into the current commercial.

Why doesn't Qantas change its campaign? Any brand that turns its back on a campaign built upon an emotional attachment is fraught with danger. An advertising campaign can often be thought of as a relationship that develops and matures like any other, so when a marketing department turns its back on that emotional bond and suddenly shifts focus by engaging their audience in a new language, marketers run the risk of offending their committed demographic. Qantas is one of those brands.

A marketing campaign is most successful when it elicits an emotional reaction from its audience. There was a day when passengers felt a sense of national pride when they stepped on board one of the carrier's airliners or when they saw the red rat flying overhead. Unfortunately, like any relationship, the connection with a brand is built on a trust that can easily be destroyed, and the brand runs the risk of creating a passionate opposition if they fail to engage in the relationship that they promised to provide.

An emotion-based advertising campaign can often overcome the realities of an airline (or any other company) and paint a picture that doesn't quite accurately reflect the true nature of a product. Qantas is riddled with industrial unrest, ongoing maintenance concerns and poor on-time-performance - yet those factors take a back-seat while we're manipulated by the beautiful voices of the Qantas choir. Creating an emotional-based product attachment is difficult; maintaining it is even harder.

Unfortunately for Qantas, their current campaign is less about the airline and more about Australia. It feels like a tourism Australia commercial and does little to promote their actual brand. For any Australian, the mix of the choirs and the Australia landscape can be quite moving... almost evoking feelings of patriotism, but we do wonder how an international audience would respond. Would they feel more compelled to fly Qantas or just fly to Australia?

Peter Ford on Victoria's 3AW radio station has described the ad as "really boring and drab". Listen to the broadcast below.

Nobody questions the national pride one feels when hearing the Qantas commercials, but they likely serve the broader tourism industry in such a way that it detracts from the actual airline. We're not disputing the production value or quality of the commercials but we do question the appropriateness of a TV commercial that focuses almost exclusively on the destination they share with their competitors.

, the National Boys' Choir of Australia

. 13-year-old Tyus Arndt from the Torres Strait Islands features in the footage as the indigenous youngster singing in a dialect of Kala Lagaw Ya.

Although a number of advertising agencies have been involved in the long running campaign, Singleton Ogilvy & Mather

are behind the latest product. Filming was shot by Jeffrey Darling