Prisoner identification photograph no. 17167. Sixteen-year-old AidenFeutrill is seen in this 1920 prison mug shot, taken while he was serving a sentence for breaking and entering. He appears again in one of a series of group shots taken at Central 25 January 1928, in the aftermath of a raid led byCIB Chief Bill Mackay. Feutrill, who by then had a string of aliases (including ArthurFeutrill, Francis Brown, Reg Dawson, Angus McCrinnon), was charged with assault, and with 'being found in a house frequented by reputed thieves'. 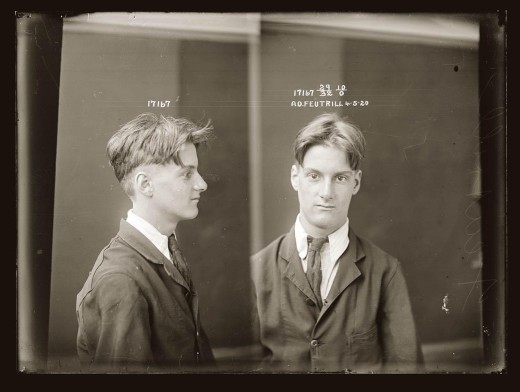