Special Photograph no. 968. Bodmore appears in the NSW Police Gazette of October 1923 as charged with breaking and entering two separate warehouses and stealing goods and money. The Police Gazette Photo Supplementof August 1925 lists him as 'Podmore, Alfred. Safe-blower &c' and he appears again in a photo supplement of 1927 as 'Podmore, Alfred alias Matthew Campbell. Safeblower.' 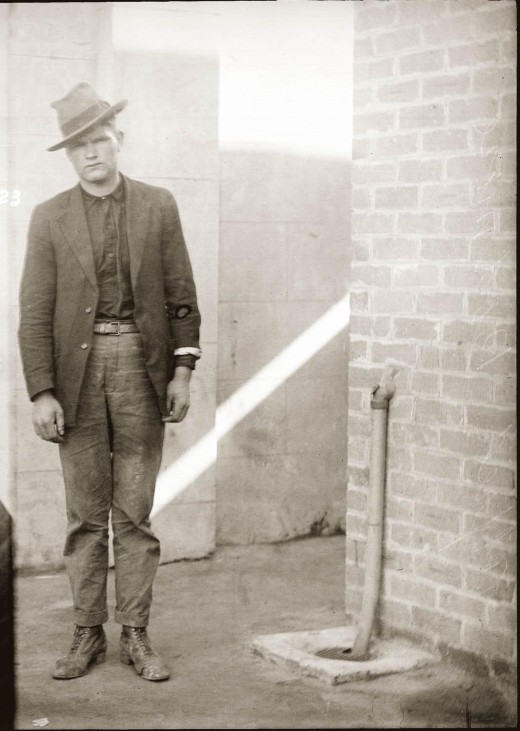