Pictured is a photograph from a scene in Jaws (1975) that never made it into the film. The reason is that the footage was deemed too graphic shocking for audiences to handle.

Originally, Alex Kitner's demise was to be depicted onscreen in a rather gruesome fashion, with Jaws' titular shark rising up out of the water and snatching the boy in its massive mouth. The shark would've then bitten down on Alex's body, resulting in a torrent of blood. While considerd graphic, Spielberg had also decided he didn’t want to give away the shark's full appearance until later in the film. 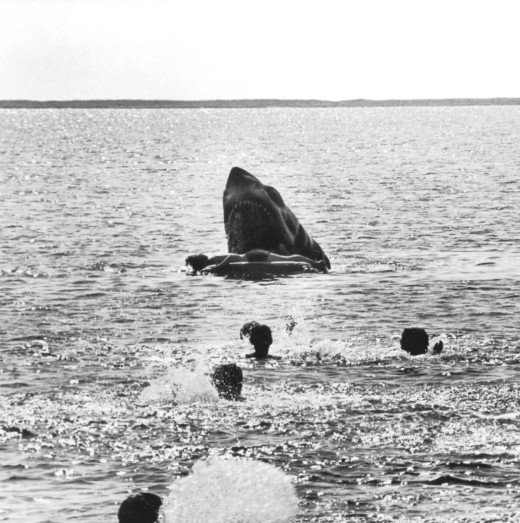 Pictured is a photograph from a scene in