Crime: malicious injury to property and wounding with intent to do grievous bodily harm. When a police officer arrivedto arrest Esther Eggers for malicious damage she attacked him, causing serious injury. Eggers was sentenced to 12 months prison. Aged 22. Part of an archive of forensic photography created by the NSW Police between 1912 and 1964. 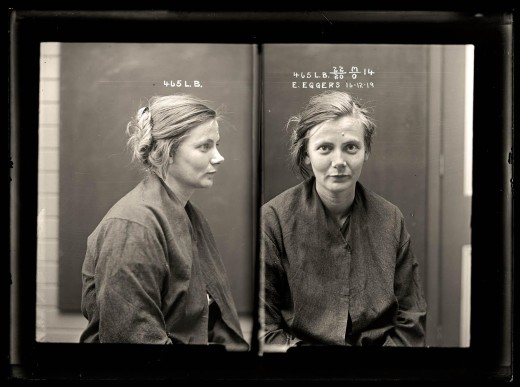 Crime: malicious injury to property and