For 30 years Frank Fahy lived an almost Boy's Own Adventure lifestyle of constant disguises from tramp and drunk, to fruit barrow-boy and travelling knife-sharpener.

He even lived out of the side-car of a disguised police motor-cycle on occasion, as he mingled amongst crooks from the petty to the most notorious to help bring about their downfall.

And it's said Frank Fahy was the model for Agent 13, the control agent forever staked-out in cigarette machines, clothes lockers, garbage bins and fire hydrants, in Mel Brookes' classic Get Smart, after tales of The Shadow's bizarre exploitswere revealed and flashed around the world's press on his retirement in 1952.

It was a gang of safe-breakers from Italy, GiovanniLucci, Alberto Borri and Geioli Martini whose raid on the Union Bank in Sydney in August 1926 was thwarted by The Shadow, that the Justice and Police Museum features in its new exhibit.

After a series of raids on banks in 1926, Frank Fahy disguised as a vagrant, hung around a near-city factorycomplex and watched the three Italian suspects hand-making tools he believed were for safe-breaking.

None of the trio suspected the dishevelled "vagrant" wandering in and out of the factories was in fact a police officer, and one day Fahy heard them mention renting an office above the Union Bank in Castlereagh Street.

He quickly informed his seniors, and when police raided that office several nights later, they found a hole cut in the floor - and the gang working on the safe in the bank below.

All were arrested, served three years in prison and Lucci and Martini were deported back to Italy on release.

Frank Fahy was a probationary constable in the 1920s when a Sergeant (later Police Commissioner) William MacKay had the idea of using undercover officers to replace not-always trustworthy civilian informers. MacKay chose Fahy as his prototype"shadow officer," because slim and just 73kg (11 stone 7 pounds) he hardly cut the burly copper image.

Fahy quickly fell into the role, mostly dressing down as unkempt and dishevelled, shaving irregularly and easily mixing with others wholived on the streets, as well as on-the-run bank-robbers, drug-dealers, burglars, prison escapees and even murderers.

So much so that he was often told to "move on" by uniformed police, and even received a "warning bashing" by an over-zealous detective said to have "had the biggest hands in the force".

He gave himself the street name Jimmy Perkins and on occasion carried around a dummy cockatoo in a cage, further convincing everyone he was befriending - including notorious bank-robber and serial prison escapee Darcy Dugan, sly-groggerand cocaine dealer Kate Leigh and major brothel operator Tilly Devine - that he was simply a harmless madman.

And he dreamed-up such bizarre accessories to assist his work as a 4m long periscope to look into upstairs windows, and a unique double-sided suit for when tailing suspects: if he thought they feared they were being followed by a man ina blue suit, he would find somewhere to quickly whip it off, turn it inside out, re-dress and throw them off-guard as "someone else" in a grey suit!

The Shadow spent long periods away from home, getting around and spying on criminals in the pride of his collection of gadgets and gizmos - apolice motor-cycle with sidecar that had been given a souped-up engine and muffled exhaust, but also deliberately battered-up and with a drab paint job that bore signs "Scissors Ground" and with which he could trail the fastest ofquarries unsuspected.

And he would spend hours curled up in a fetal position in the covered sidecar watching and photographing those he wasstaking-out.

Frank 'The Shadow' Fahy spent 30 years in his amazing undercover role, retiring in 1952.

Text: Sydney Living Museum Press Release for the 'Breakers: The Dying Art of Safe Breaking' exhibition. Attached images are of Frank Fahy (he was rarely in uniform). The mugshot is of safecracker GiovanniLucci (1926). 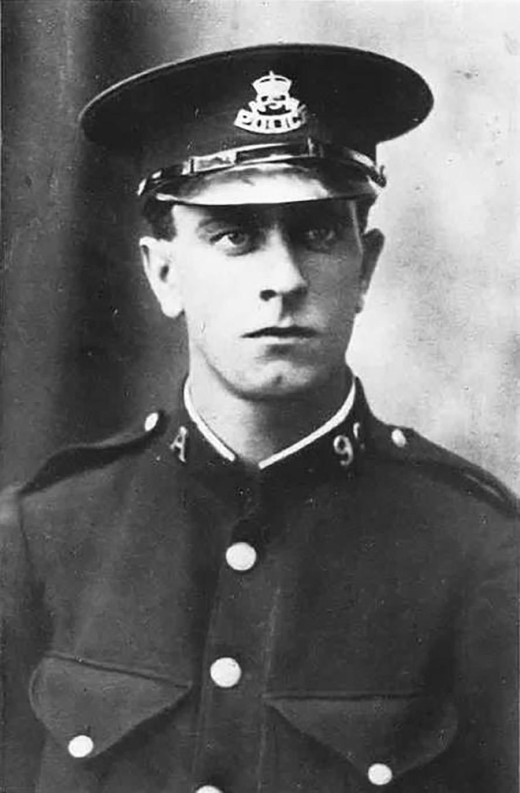 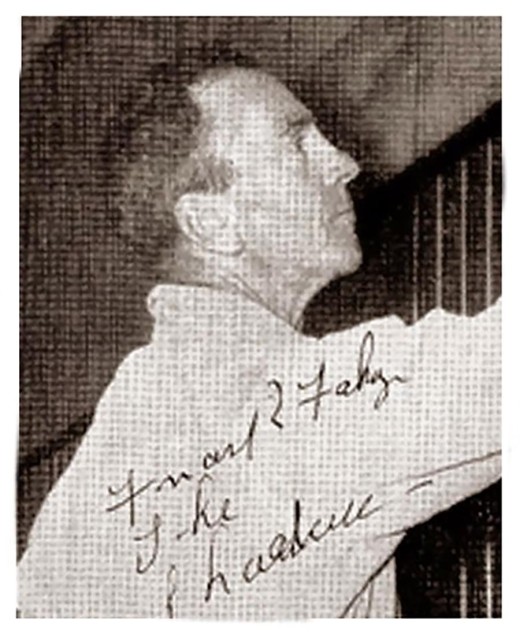 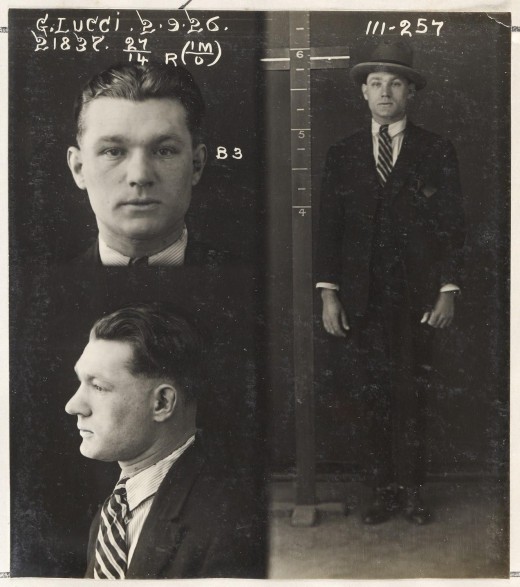