Special Photograph no. 1091. Thomas Bernard Hooper (39), Harold George Hooper (34), Vera Crichton, (23), and Nancy Cowman (19) are listed in the NSW Police Gazette 24 March 1924 as having been charged with "conspiring together to procurea miscarriage" on Isabella Higgs. The women in the case were eventually put on good behaviour bonds. The Hooper brothers received gaol sentences of12 and 18 months hard labour respectively. 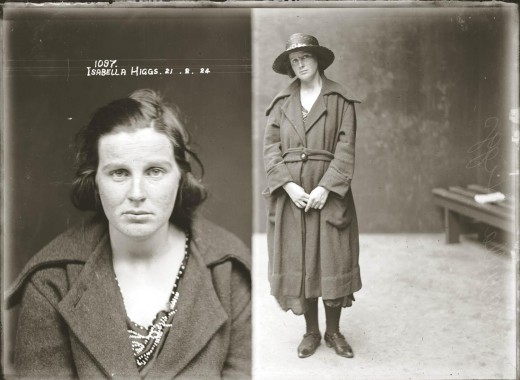