Kathleen Ward had convictions for drunkenness, indecent language and theft. She obviously enjoyed thumbing her nose at the authorities, as can be seen in this image where she appears to have deliberately fluttered her eyesin order to ruin the long-exposure photograph. DOB: 1904. 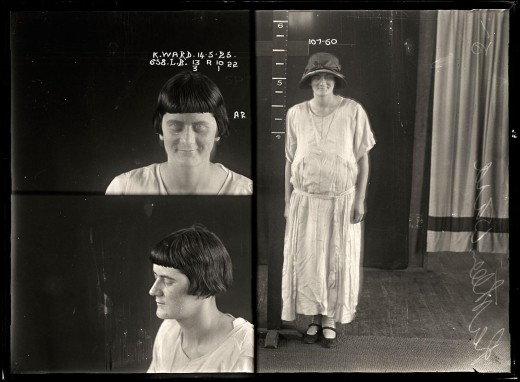 Kathleen Ward had convictions for drunke