Special Photograph no. 169. Gilbert Burleigh on the left is identified as a 'hotel barber', and Delaney's picture is labelled 'false pretences & conspiracy'. A companion photograph makes it clear that in fact Delaney was the hotel barber- meaning one who books into a hotel, boarding house or residential and robs (or 'snips') fellow patrons, usually in the dead of night. In this instance Delaney was charged with stealing a cigarette case, a hairbrush, aclock and a quantity of clothing from a dwelling-house. A month later he was further charged 'being about to abscond from bail'. He is described as 'a fireman and a returned soldier'. Gilbert Burleigh doesn't appear at all in thepolice Gazette in 1920, but is listed in the Photo Supplement of 1928, eight years later as being wanted on warrant. 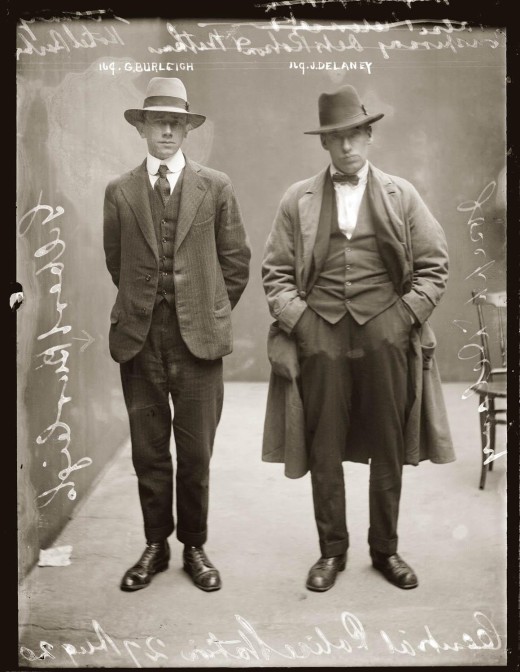