Petty thief Ruby Furlong was involved in an altercation with a drunk musician at Newtown. She pulled out a razor and slashed his face, leaving an ugly scar. Furlong was a feared criminal who had a string of convictions in the early 1920s.Ruby, aged 34, was serving time for malicious wounding when this photograph was taken. Part of an archive of forensic photography created by the NSW Police between 1912 and 1964. 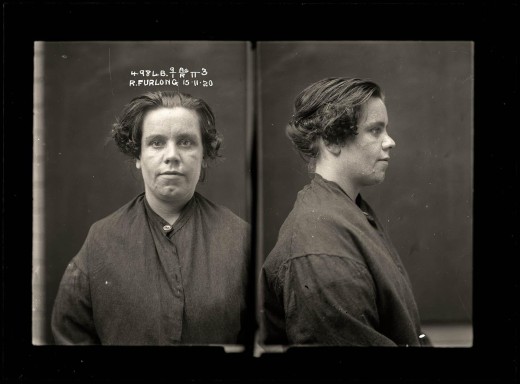