From 1933 to 1934, the City Inner tunnel between St James and Circular Quay was used by a gentleman by the name of Raymond Mas as the location for an experimental mushroom farm producing 4,500 kilograms (10,000 lb) of mushrooms per month.

The end of the northern tunnel flooded and produced an underground lake, 10 metres (33 ft) wide, 5 metres (16 ft) deep, and 1 kilometre (3,300 ft) long. Known as St James Lake, the area and extensive tunnels (unavailable to the public) are often considered for water storage and recycling.

St James station was listed on the New South Wales State Heritage Register on 2 April 1999. The station is of State significance because, along with Museum, it was the first underground station in Australia and demonstrates the adaptation of the London tube-style station to the Australian situation. 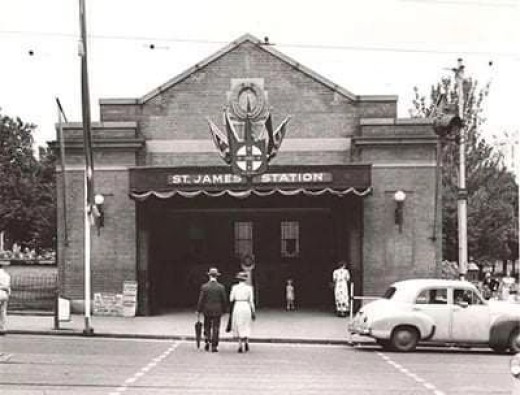