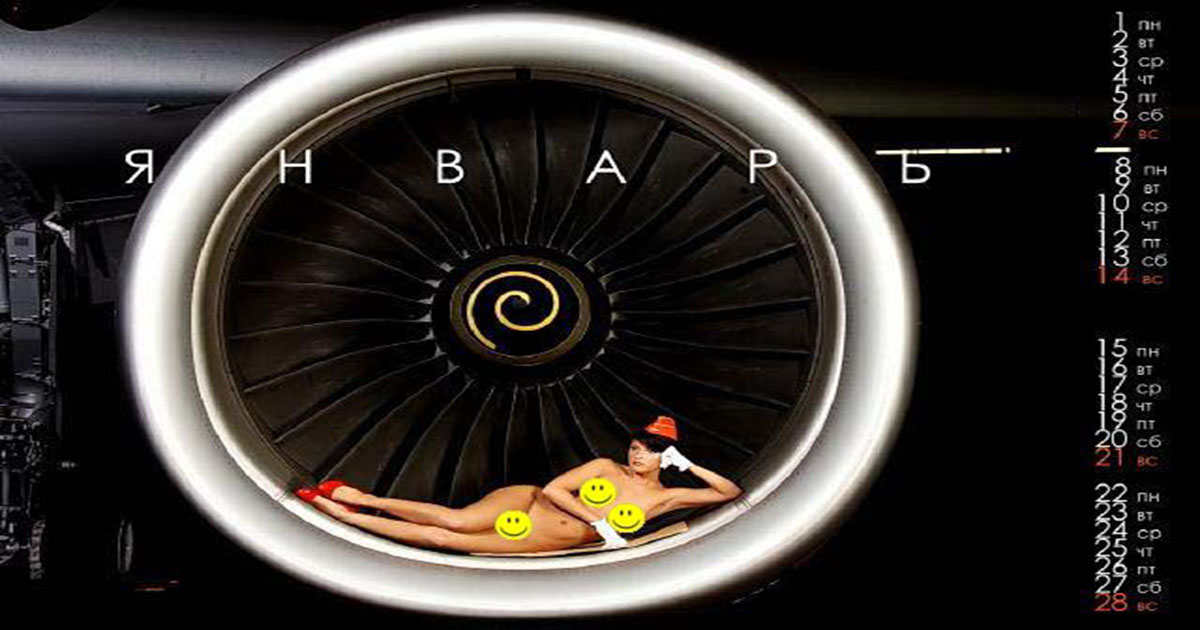 Mother Russia is often heavily scrutinised for its controversial and sexually orientated marketing tactics (at least by our prudish western standards). Russia’s going through one of those sex-soaked stages of marketing where people won’t notice an advert unless they can get a free fix of porn, so we’re seeing this kind of explicit material in a number of Russian industries – not just aviation. It’s the task of the creative teams in marketing to constantly push the envelope of a perceived social standard, and the creatives behind the Aeroflot cabin crew calendar have certainly succeeded if pushing the envelope was their intention.

The calendar photos of Aeroflot’s scantily clad cabin crew below have leaked their way onto the internet (we’ve removed links to the large images). I use the term ‘leaked’ loosely because, if I were running the campaign, I might consider releasing a few preview photographs to leverage some early interest, brand awareness, and generate some free viral exposure (particularly at a time when my competitors are doing the same thing). The calendars will reportedly be sent to members of an airline ‘VIP loyalty program’.

Adult content is nothing new to airlines (in fact, it’s decidedly old) and creative teams seem to be in a mad rush to constantly outdo whatever controversial campaign preceded them. I hate to think of what may come next. 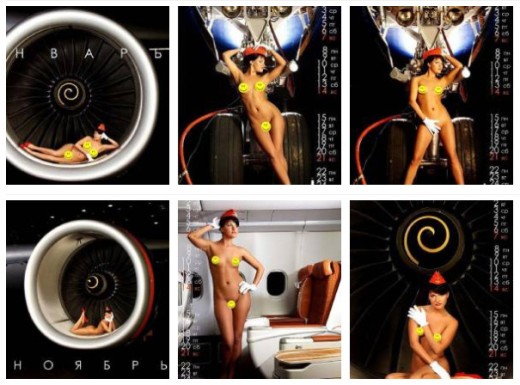 I personally don’t mind these types of calendars, but I do strongly believe that marketing agencies have to consider their ethical responsibility when it comes to how they might disseminate invasive content that is morally questionable. I wouldn’t personally find the content offensive if Aeroflot sent a copy my way… but I’d probably be offended if they sent it to me because they thought I might enjoy it. In other words, I don’t want them to assume I’m a perv… even though their assumption may prove correct.