Your logo is important. Consider that of Belief's.

The Golden ratio is a magical number 1.618 that makes all things proportioned to it aesthetically pleasing (or so it is believed). In mathematics, two quantities are in the golden ratio if their ratio is the same as the ratio of their sum to the larger of the two quantities.

Then there is also the Fibonacci sequence where each term is defined as the sum of the two previous terms: 0, 1, 1, 2, 3, 5, 8, 13, 21 and so on. The interesting thing is that we have two seemingly unrelated equations producing the same number and same result.

The idea with the Golden Ration as we apply it online is to avoid a cognitive dissonance in web design or marketing communication. Our brain doesn't like to be distracted or confused. The golden ratio introduces a familiar organic element to digital design and is more likely to result in a harmonious experience.

The Fibonacci sequence and golden ratio are said to improve or maximise energy flow. This can be seen in the path falcons fly when approaching their prey, or by the way plants grow. If you divide the female bees by the male bees in any given hive, you will get 1.618. Sunflowers, which have opposing spirals of seeds, have a 1.618 ratio between the diameters of each rotation. In fact, the golden ratio describes predictable patterns on everything from atoms to the expansion of the universe.

Leonardo Da Vinci used the 'Divine Proportion' sequence extensively in his artwork and designs, and he made regular mention of the artistic and mathematic proportion. The Mona Lisa, Vitruvian Man, The Last Supper, and other artworks is based upon this somewhat spiritual proportion.

As students of Da Vinci's work we've found over and over that marketing isn't possibly without an artistic and architectural application. The pattern repeats itself in marketing efforts the same way the artistic element and ratio is used to predict monetary policy and stock markets.

Our logo is the Fibonacci sequence. Even if you cannot see it. BM's branding is another discussion! Don't send logo designs off to fiver - make it mean something 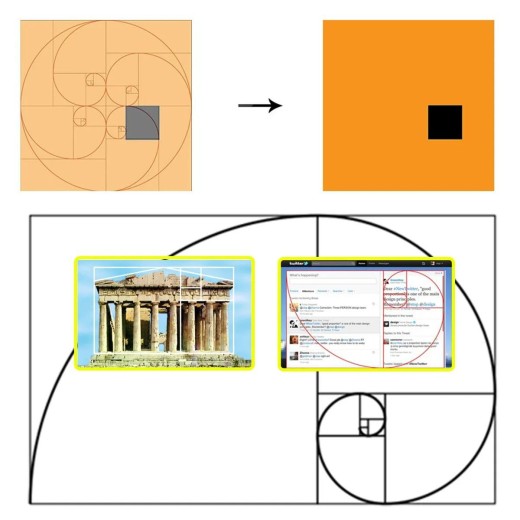 Your logo is important. Consider that of