In this cover for Puck Illustrated by Australian Frank A. Nankivell, we see the red Santa depicted for the first time (indistinguishable from present day). It could be said that an Aussie invented Santa!

Nankivell was born to John and Annie Nankivell in Maldon, northwest of Castlemaine, Victoria in April, 1869.

Nankivell was a book illustrator in New York circles of the 1910s and 1920s on such publications as Puck, which was America's first successful humour magazine. 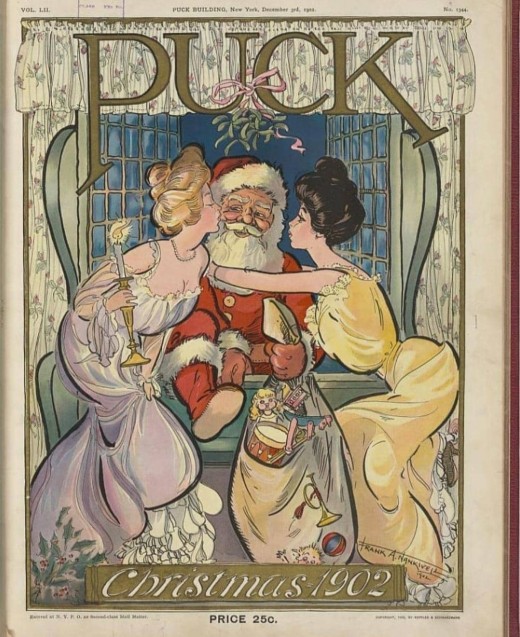 In this cover for Puck Illustrated by Au