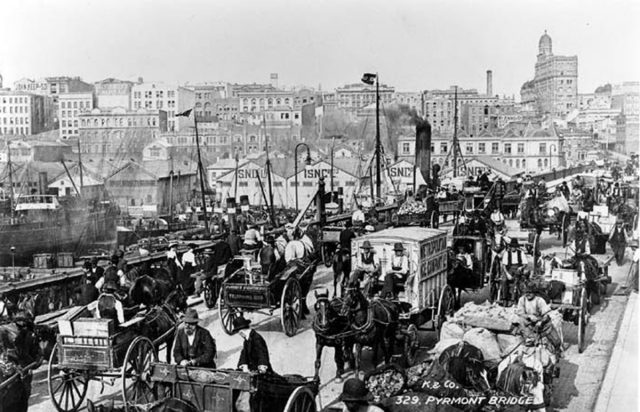 By the late 19th Century the dawn of the industrial age had presented an interested problem for large cities all around the world – they were “drowning in horse manure”. The industrial age meant that people were flocking to the city in large numbers, and the nature of industrialisation created a higher demand for the transport of both people and goods – all meaning more horses. 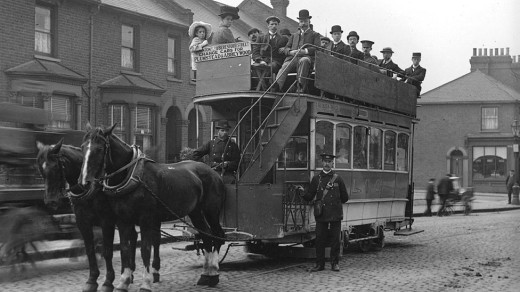 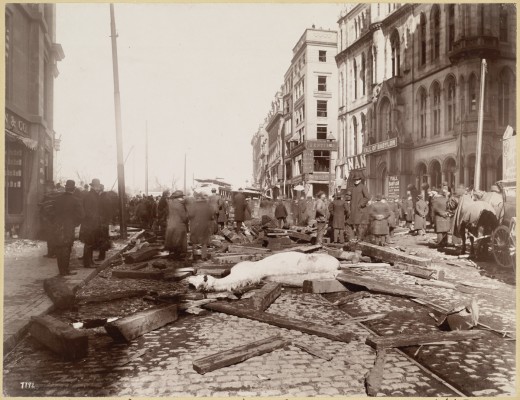 In 1894, it’s claimed that the London Times newspaper predicted that “in 50 years, every street in London will be buried under nine feet of manure”. This became known as the ‘Great Horse Manure Crisis of 1894’. The impending poomageddon was debated in 1898 at the world’s first international urban planning conference in New York. The conference was abandoned after three days, instead of the scheduled ten, because none of the delegates could see any solution to the growing crisis posed by urban horses and their output.

While the British motor car industry dates back to the early early 1890s, it wasn’t until 1913 when Henry Ford built a new factory in Manchester that automobiles became affordable, practical, and a true alternative to the horse-drawn carriage. Additionally, electric trams and motor buses started to appear on the streets and replaced the horse-drawn alternatives. All of a sudden, the piles of poo and rotting horse carcasses was a problem with an end in sight. 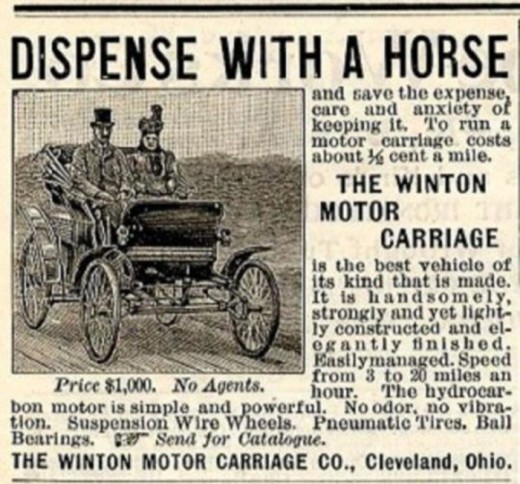 Some cite this paradigm shift as an example of how technology will always provide new ways forward for seemingly intractable problems, or at least shift the problem into a new (but more efficient) form of technology. While we can’t validate the original London Times headline (or the reference to “9-feet of manure”), the crisis was very real – and the issue of emerging technologies to solve problems isn’t a concept limited to long-lost history. The problem of polluting or expiring technology is a current motivation for change (for example, electric cars are slowly becoming a viable and cost-effective replacement for vehicles that rely upon depleting supplies of high priced crude oil).

Einstein is often cited as having said that “We can’t solve problems by using the same kind of thinking we used when we created them.” (the original quote is actually “a new type of thinking is essential if mankind is to survive and move toward higher levels”, New York Times – May 25 1946, p.13 – ‘Atomic Education Urged by Einstein’). In a sense, many parts of the mortgage industry are broken, and continuing to do the same thing will yield the same levels of success (or lack thereof). It should be noted that while our marketing focus generally results in prospect generation, this is a product of doing things differently in multiple areas of a broker business (relying on Facebook advertising or a Facebook group in isolation is like putting a Mercedes badge on a Datsun).

Emerging technologies are giving breed to a new type of high-performing mortgage broker that often has a partial proclivity to online lead generation. New emerging consumer trends means that the traditional manner of reaching clients is less effective (although still absolutely necessary) and failing to effectively market on Facebook, Google, LinkedIn, or elsewhere often results in predictably mediocre volumes (that said, most of the top performers in the country don’t advertise as described, and we’ll discuss this shortly). The marketplace has evolved and consumer behaviour has changed, and mortgage brokers need to adjust their business practices appropriately to fit the consumer needs of this century. The same necessity applies to optimised Search Engine Optimisation (SEO) and other forms of applied technologies; can you remember the crossover point at which time the Yellow Pages became redundant? Brokers are still years behind what we’d consider best online practice with most of them floating around the online world of the 1990s.

Comparison websites arguably pose a significant threat to the traditional mortgage business model – particularly in the aftermath of the banking Royal Commission. It might be argued that the comparison websites are the automobile of the finance industry… essentially having the same effect on brokers that Netflix had on Blockbuster Video. Back in 2008 Blockbuster CEO Jim Keyes was quoted online as having said “neither RedBox nor Netflix are even on the radar screen in terms of competition … It’s more Wal-Mart and Apple”. Then there’s IBM President Thomas Watson that once said “I think there is a world market for maybe five computers”. Ken Olsen, founder of Digital Equipment Corp, said in 1977 (the year after Apple introduced their first personal computer) that “there is no reason anyone would want a computer in their home”. There’s literally no end to the notable industry leaders that proclaimed the virtues of Nokia, MySpace, Kodak, and other now muted corporations that fell into a cesspit of irrelevance in a matter of months. Industry leaders will do and say anything to preserve morale and maintain consumer confidence in their stock price. Don’t believe what you’re being told by industry ‘leaders’. Plan for the worst and hope for the best – take this approach and the worst that will happen is you’ll grow your business.

The reality is that we cannot rely on industry associations, Government, banks, or anybody else to ensure a sustainable industry. Technology is changing our lives faster than we can recognise the shift and faster than the antiquated minds of our aggregators can keep up with (Moore’s law works in uptake and adoption, not just processor power) … so whether we want to believe it or not, it’s time to put plans in place for an industry that may (however unlikely) go the way of the Dodo.

As mentioned, part of this shift towards online behaviours might mean that your broking business considers a standalone comparison website. Don’t replace your business… but plan and market for a potential pivot should the industry take a turn. To this end, we have our own clients covered. The plan is that we’ll provide all clients (past, present, and future) with their own comparison website in time to make the most of the emerging market. If no source of lead generation should be ignored, this absolutely includes online home loans.