Home Blog How We More Than Doubled the Effectiveness of Finance Videos With One... 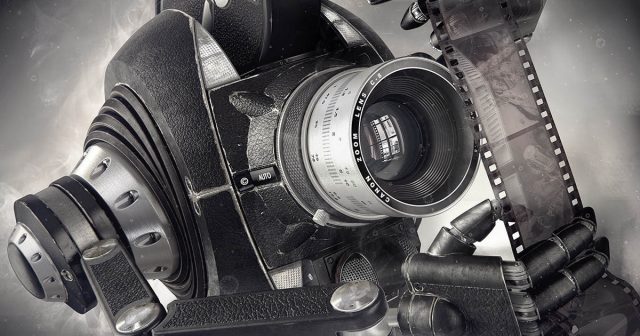 We’ve always advocated that a marketing funnel experience should be personalised and customised in every respect, and in an effort to further polish the blunt end of our marketing processes we recently developed a mechanism that doubled the effectiveness of landing page (and other) video campaigns by employing a single and simple technique. This article details how the increased conversions were accomplished.

One of the few consumer attributes we know we’ll have once a user subscribes to a mailing list or downloads a lead magnet is our leads’ name. Knowing this, we wrapped a client’s primary video content with a personalised introduction and outro message at either end by using the lead’s name directly (‘Subject’s Own Name, or SON). We took the most popular 150 male and female names and spent two full days recording the personalised introduction and outros. We then spent another few days pushing Premiere Pro to its limits before our bandwidth took a beating as we uploaded the individual hidden videos to YouTube.

The online process was simple. After a subscription form was submitted we simply evaluated the user’s name and returned the appropriate video. When no personalised match was found we returned our default video (or the default video we would have otherwise served). Coupled with personalisation derived from our high-performing and proprietary conditional redirect methods we saw the doubling of conversions overnight. Latter experimentation wasn’t quite as successful as our first attempt, but the result is clear: name-based customisation works.

Note: We wouldn’t have engaged in this experiment had there not been significant scientific

to support the endeavour. An abstract from a 2006

published by Brain Research states that “… the [subject’s] own name is one of the most powerful and it is able to automatically capture attention and elicit a robust electrophysiological response“. Most published papers support the notion that using a SON will improve episodic memory

, meaning that a subject will consciously recollect memories related to personally experienced event… and our escalation mechanism supports these scientific conclusions (it’s a particularly persuasive technique when used online since very few provide the functionality). The linked resources are just a few examples of the numerous studies showing how a personalised name-based approach to an individual actives various receptors in their brain.

Since this particular client’s campaign was directed at a rather limited market we considered parsing the domain name and comparing it against known business names. In doing this we’d be able to say “Hi John, thanks for subscribing – I see you work at XYZ…”. However, the idea quickly went the way of the Dodo once we realised that the number of videos required was clearly prohibitive. Additionally, many sign up to lists with a secondary email address meaning that we potentially faced investing time into an exercise that wouldn’t even be rewarded. In cases where particular audiences (by assessing domain) might be considered ‘high-value’ we might have considered tailoring to specific organisations, but at some point we had to consider the opportunity cost involved with this level of segmentation when the campaign itself has an unknown lifespan.

Note: The reality is that the 300 names we chose translated to nearly 400 in total; for example, Johnny, Johnathan, and Jon would all be return a video for “John”. However, we clearly didn’t put enough effort into researching population name density because tailoring to our 300 names was somewhat excessive.

Not knowing if the exercise would provide a return that justified a programmatic solution we were initially reluctant to build yet another tool (although this decision was made before we considered the time required to stitch videos together). However, we’ve since built a beta system that’ll permit users to upload the primary video, all the associated personalised content, and then our system would stitch each video together before automatically uploading the resulting videos to YouTube.

The experience we’ve just described isn’t limited to just landing pages. We tell our clients over and over that what they’re often told is a ‘marketing funnel’ doesn’t come close to resembling a digitally-based marketing experience, and the typical and rather pedestrian landing page and email experience provided by our competitors (both just a small part of a big-picture experience) serve as an example of funnel worst-practice. If a landing experience doesn’t result in an immediate phone call the experience qualifies as just another transaction… so all future interactions should provide optimised incentives for a user to escalate their commitment into our marketing journey, and name-based customisation contributes to this end.

A website is just one essential component of the marketing matrix that applies inward pressure on the funnel, and it’s on your website where personalised name-based video (in addition to other condition content) might be shown on subsequent visits (organic or as directed via an email campaign). Of course, as discussed in an upcoming article, and intended to highlight the absolute necessary part your website plays in the marketing journey, we introduce the highly personalised, interaction-based, and geographic segmentation necessary to deliver highly relevant, compelling, and converting website content (segmentation is not just for email campaigns).

As an example of ‘general’ conditional behaviour in the finance field is demonstrated by way of the fact each state has its own legal framework wrapped around the purchase of a property. Given known interactions and geography, why would we show a First Home Buyer video or offer that isn’t entirely relevant to that individual’s geography? And if a user had already downloaded a particular lead magnet or offer, why would we show it again despite having the opportunity to escalate them deeper into our funnel? Our proprietary plugin makes this conditional functionality ridiculously easy to implement. Conditional and geographic content is fundamental if engaging in a marketing campaign, and its use is discussed in more detail here. If your website isn’t designed as a lead-generation machine with a focus on converting organic traffic into real business, then it won’t serve any function other than act as an online business card.

Note: The delivery of highly segmented content is yet another reason we’re so absolute with our ideology of refraining from those limiting lpages, clickfunnel, Kujabi, and other entry-level landing page services… something we see a large number of misguided mortgage brokers engage with in the finance space (and often introduced by paid marketers). Your website is the hub of your marketing presence – don’t ignore it. A marketing solution is not future-proof, scalable, integrated, or cost-effective if using any third-party service, or fails to serve conditional content (there are other conversion-debilitating consequences of using third-party services, not the least of which is the loss of SEO – an often overlooked necessity). The notion you’ll send your paid traffic to somebody else’s website is just absurd.

Rendering conditional video (and other content) ensures every step of the AIDA process is more persuasive and compelling. 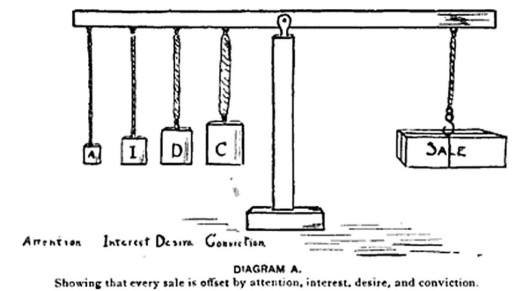 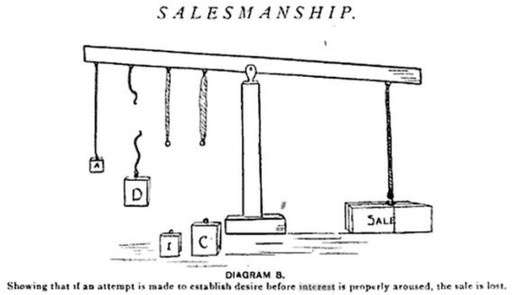 Pictured: Attention. Interest. Desire. Conviction. A diagram showing that every sale is offset by attention, interest, desire, and conviction. Dukesmith’s concept is unique (and arguably more accurate) than the funnel approach because it illustrates the weight of each component, and demonstrates that each step in the sales process is a dynamic variable (as pictured above). Additionally, just like a real scale, the timeline (and weight of each step) will likely vary depending upon circumstances. Dukesmith’s is most like our own concept which is based on a three-dimensional time-variable object with each element of the journey subject to external (and internal) influences that potentially destroy the sales relationship. The most commonly used funnel model (effective for simple interactions) implies a gravitational step-to-step journey without consideration to the thousands of influences that might cause one to abandon their experience, and the funnel neglects to illustrate that each step of the funnel is potentially weighted differently – determined by the market you’re selling to. The funnel also specifies a particular order in which to make a sale… and this also isn’t necessarily true. We’ve built upon these ideas (with reference to Dukesmith’s scales) and developed our own approach. It’s our unique and somewhat proprietary approach that has seen us curate some of the most effective sales experiences on the market. Our approach to the funnel is based on the cybernetics of human psychology and takes into account the transdisciplinary interaction of online behaviors. We include other ‘steps’ such as research, knowledge, evaluation, intent, commitment, loyalty, advocacy, trust, retention, and so on. As a result of digital technology, online advertising, social media, etc., the AIDA model – while still relevant – is far less reliable as a standalone framework. Source: Frank Hutchinson Dukesmith, editor of 1904 “Salesmanship”. Text sourced from our article on marketing funnels. A real marketing journey is made up of (multiple) layered transactions that all apply an abstracted version of AIDA (Attention, Interest, Desire, and Action) in order to generate an optimised experience. A name-based approach may be what’s required to keep our ‘Marketing Scale’ from collapsing.

In essence, our video name-based customisation exercise is one that makes an attempt to bring real-world customer service into the otherwise impersonal marketing experience by fostering a person-to-person relationship with each potential customer. “Names are the sweetest and most important sound in any language,” is one of the most widely quoted maxims from Dale Carnegie’s How to Win Friends and Influence People. And it’s quoted for a good reason.

In an upcoming article we talk about Perception Without Awareness (PWA)… and it’s the related psychology of name-based personalisation that supports an Escalation Without Awareness (EWA) – essentially escalating users’ commitment to our process through a very passive yet persuasive psychological personalisation. The same article presents information on how we include a large amount of other personalised and historical data to return a far more efficacious website and landing page experience.

There are some good personalised video examples floating around the web. In both videos shown below it was just the first few seconds of audio that was altered – something we trialed and will likely roll out as an option because of the ease at which the videos can be created (the same ‘name bites’ can be used over and over – a good option when we’re happy to trade production value for time – particularly for short-life campaigns). In both cases we’re seeing personalised images overlayed into the video; an easy solution that we’ll likely build into our own Platform.

So, if our clients are open to the time-consuming process we’ll happily oblige and assist with the name-based video production. A doubling of conversions in a world where we might look for incremental improvements in campaign effectiveness is an extraordinary result that simply cannot be ignored. One would be foolish to ignore the potential returns if the video quality and campaign longevity justifies the effort. It should be noted that we recently multiplied the conversions for a mortgage broker that previously sought the services of a competitor by 27X… so there’s likely far more significant course-corrections required before you consider introducing techniques discussed in this article.

While it might be obvious, improving upon conversions for a video that isn’t optimised or relevant is rather pointless. If your content isn’t already driving conversation, you’re doing it wrong. Make your videos awesome before they’re published.

If you’re interested in learning more about the the highest-performing digital marketing experience in the industry (and the only integrated and full-stack marketing product in the finance market), call us on 1300 235 433 (1300 BELIEF) for a no-obligation discussion.

Note: Our clients should refer to Document MG0304 and consider how we might implement this strategy as part of the Saturn and Symphony programs.