Embed a Bing Map in WordPress with Shortcode

Embed a Bing Map in WordPress with Shortcode

When Google introduced a requirement for an API key before a map could be embedded into a page, it introduced a measure of complexity that simply stopped many from using the service. In this article we'll provide you with the Bing API-key-free alternative. A simple shortcode will return a Bing Map into your WordPress post or page with shortcode.

The Bing alternative isn't as feature rich as the Google alternative, and sadly, it doesn't support a marker unless the map is rendered programmatically.

You may return an aerial view (and include or exclude labels), or alter the level (or scale). As you can tell from the above, the map doesn't support address geocoding out-of-the-box. Instead, you'll have to use a latitude and longitude. You may obtain these details from the Bing Embed

page, or via a Google Map URL.

If you required reverse geocoding you should add a few lines into the code to obtain and cache the coordinates; there are plenty of services to choose from, including Google and Bing (although if you had a Google API Key you would be better served by using the Google Map embed code). 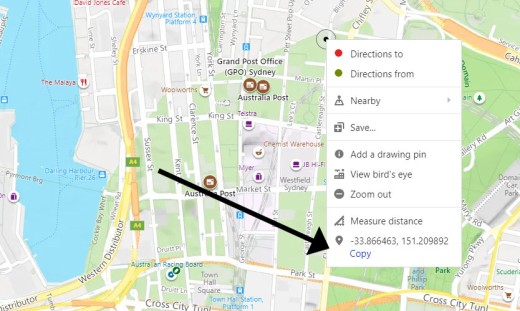 The margin above and below the map iframe may be altered with margin="30".

The latitude and longitude of the reference point. Obtain via Google Maps or Bing Maps.

The width and height of the map.

When the aerial option is used the labels will show by default. To exclude them, use labels="0".

The margin alters the margin above and below the map. Defaults to 30px.

We're considering including a feature-rich map feature into our Elementor plugin, but we'll get some feedback from users before we push ahead. If we did build the simple feature we'd certainly include a reverse geocoding function so the latitude and longitude wouldn't be required... but this would likely require we build it to utilise Google's service (thus requiring a Google API Key). If clients have a specific need, please let us know.