2GZ rapidly became one of the most important and popular radio stations in the Commonwealth, and in November 1936 they relocated their main studios and offices to Spring Street, Sydney, with the Country Studios and sales department remaining in Orange.

In March, 1937, after rapid growth, the 2GZ started broadcasting from its studios at Hosking House, Hosking Place, Sydney. The 'floating' studio (a building within a building) included three studios, two producers' booths, an audition room, and a control room, comprising a complete and fully equipped unit capable of under taking all types of radio work.

While entertainment was the predominating feature of 2GZ’s program, the needs of the farming community weren't ignored. The station presented a comprehensive regular schedule of market and weather reports in addition to informative session, with some of the State’s leading agricultural authorities come to the microphone to assist in keeping listeners abreast of the latest developments in scientific farming.

As part of 2GZ’s efforts to assist the farming community, they introduced a "Progressive Farmer" competition (supported by Rural Bank and the Agricultural Bureau of N.S.W), the winner of which was sent on an extended tour of the United States to comparing Australian and American farming methods.

Photo comes from Sam Hood when the station was located in Sydney. 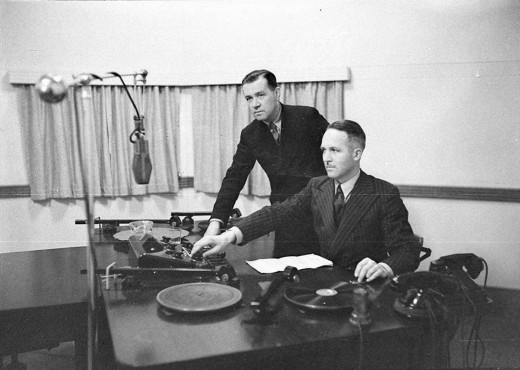