A Lesson In Positioning From Betty Crocker Cake Mix

I made some cookies from a mix with my girls today. With the addition of just butter and egg it took no more than 10 minutes to get them into the oven, and it reminded me of
the story behind the decision to exclude powdered egg from cake mix.

Between 1947 (just before major brands introduced their cake mix) and 1953, sales of cake mixes doubled. Sales flattened between 1956 and 1960 (rising only 5 percent) - It was at this that circumstances gave rise to the egg... or the exclusion of the egg. This practice is known as "subtraction technique", in that we're taking out a key component from a product and adding a task for the consumer.

A quote from 'Finding Betty Crocker' by Susan Mark's reads as follows:

"At this time, [General Mills] was still refining their approach to marketing. While they sought to promote a quick and easy product that still retained a "fresh, 'home-made'" quality, 'the market was slow to mature' (p168). The company called upon the market research of Dr. Burleigh Gardner and Dr. Ernet Dichter, both business psychologists: 'The problem, according to psychologists, was eggs. Dichter, in particular, believed that powdered eggs, often used in cake mixes, should be left out, so women could add a few fresh eggs into the batter, giving them a sense of creative contribution.' As a result, General Mills altered their product, abandoning the powdered egg in their mixes. The requirement to add eggs at home was marketed as a benefit, conferring the quality of 'home-made' authenticity upon the box cake mix. (Whether using fresh eggs instead of powdered eggs actually enhanced taste was beside the point)".

Fresh eggs produced superior cakes. Using complete mixes which included dried eggs resulted in cakes that often stuck to the pan, had an inferior texture, had a shorter shelf life, and often had a strong taste of egg.

If adding eggs persuaded some women to overcome their aversion to cake mixes, it was at least partly because fresh eggs made for better cakes.

The story is a good lesson in positioning and subtraction marketing. 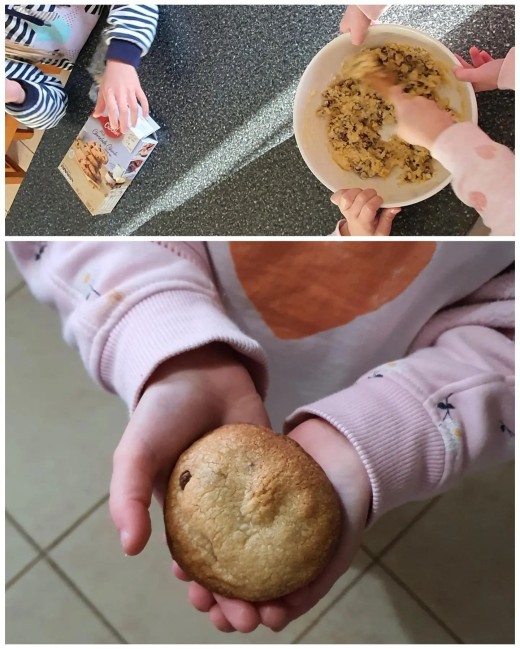 I made some cookies from a mix with my g