Special Photograph no. 1092. On 1 May 1922, a month after this photograph was taken, Albert Sing was sentenced to 18 months hard labour on three counts of receiving stolen goods, including fountain pens,cutlery and clothing. 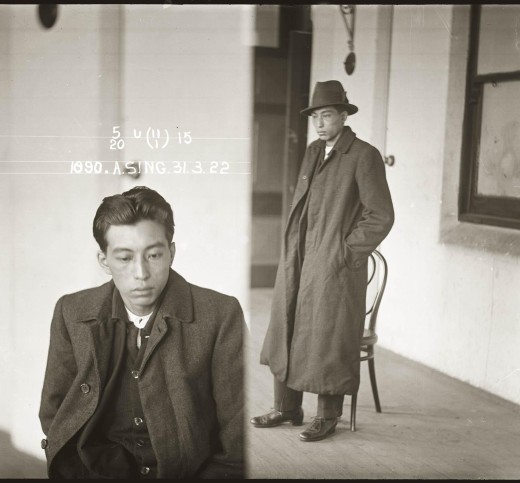