Alma Smith worked as an illegal abortionist in the northern NSW town of Tamworth. A young woman, who later died as the result of a botched abortion, identified Smith as the abortionist. Smith denied knowing the woman but was convicted andsentenced to five years gaol. Aged 34. Part of an archive of forensic photography created by the NSW Police between 1912 and 1964. 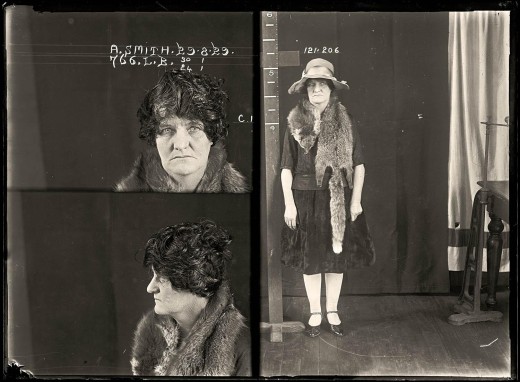