Anne Francis in The Blackboard Jungle, 1955

Anne Francis in a promotional photo for The Blackboard Jungle, 1955.

World War II veteran Richard Dadier (Glenn Ford) takes a teaching position at a rough New York City school for boys. The staff warns him that the students are nearly impossible to control, but the optimistic Richard remains unfazed. Soon, though, he realizes that his class isn't merely rowdy -- they can be downright dangerous. The students, led by the thuggish Artie West (Vic Morrow), threaten their teacher and his family with violence, yet Richard refuses to give up on the troubled teens (Wikipedia). 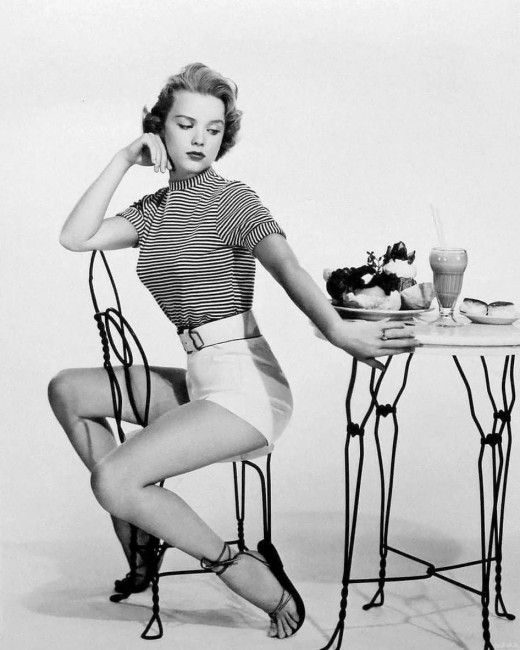 Anne Francis in a promotional photo for