The Mudgee Guardian, on 26th September 1871, recorded the following: "Through the courtesy of Mr. Stewart, the Manager of the Joint Stock Bank, at Gulgong, we were yesterday shown a nugget weighing 38 oz 3 dwts 20 grs [12 kg]. This is the largest nugget found at Gulgong. It was found in a block claim between No. 1 and the Prospectors' on Happy Valley at a depth of 130 feet; it is of pure gold without any admixture of quartz" (source: State Library of NSW).

It was common for miners to store their gold at banks, and the gold rush gave rise to the prominence of new banks in Australia. 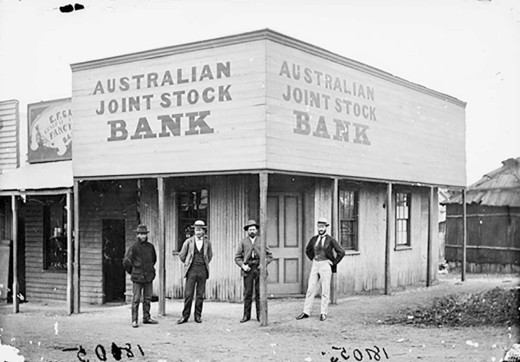