On July 1, 1953, Australia’s first Meals on Wheels service set off to a rousing cheer. The service delivered hot dishes to South Melbourne’s sick and elderly citizens who wished to remain at home but were unable to purchase or prepare their own meals.

In this photograph from the (Fairfax) archives, Rebecca Kennedy, 85, gets a meal from the mobile hot box of Mrs Watts in South Melbourne.

Text and image via Fairfax Archive. 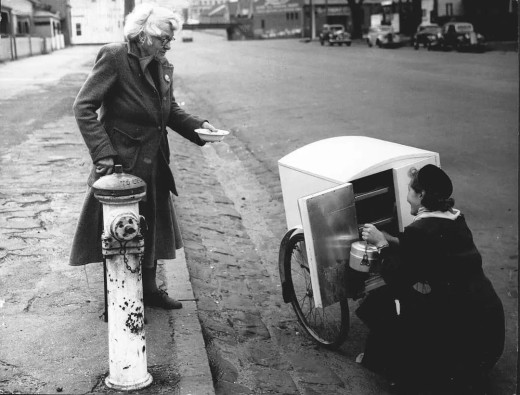