Babe Ruth (February 6, 1895 - August 16, 1948) was arguably the greatest baseball player in history. By 1948, he had already spent a decade out of the game and was fighting terminal cancer.

When Ruth stood in front of a huge crowd at Yankee Stadium on June 13, 1948 as part of a ceremony to retire his number '3', the crowd knew it was his final public goodbye. This Pulitzer Prize-winning (1949) photo of Ruth, titled "Babe Bows Out*, was captured by Nathaniel Fein. 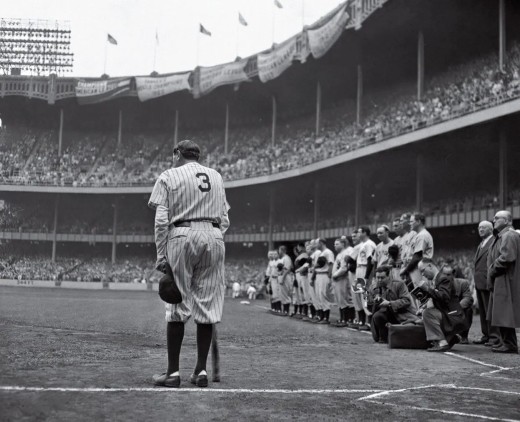