A Bank of New South Wales 'tent branch' in the goldfields at West Wyalong, c1870.

Westpac was established in 1817 as the Bank of New South Wales under a charter of incorporation provided by Governor Lachlan Macquarie. In October 1982 it changed its name to Westpac Banking Corporation following the acquisition of the Commercial Bank of Australia. The Bank's major expansion began in response to the gold fever in 1851 when it saw an opportunity to set up gold-buying agents in response to the needs of miners and merchants.

The Bank of NSW had grown from a single office in Sydney to a network of 37 branches by 1861. 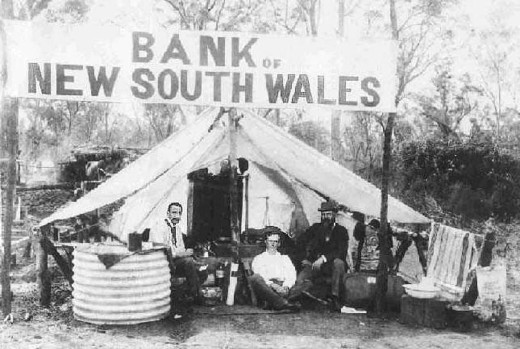