Martin Place, c1910. The CBC bank is on the left and the Bank of NSW is on the right. CBC, or the Commercial Banking Company of Sydney, began operations on the 1st November 1834. In 1982 CBC merged with the National Bank of Australasia to form National Australia Bank.

The Bank of New South Wales NSW), also known commonly as The Wales, was the first bank in Australia, being established in Sydney in 1817.

The Bank of NSW merged with many other financial institutions, finally merging with the Commercial Bank of Australia in 1982 and being renamed to the Westpac Banking Corporation on 4 May that year. 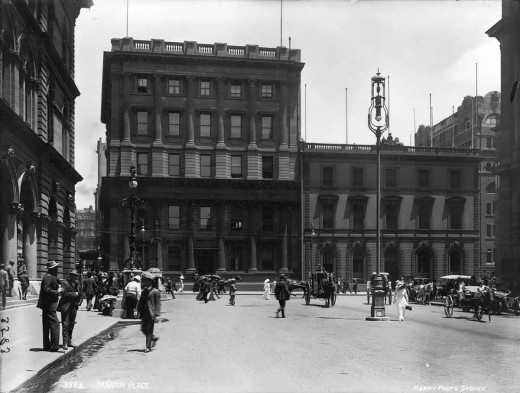