Special Photograph no. 570. Special Photograph no. 570. Barbara Turner (alias Tierney, Tiernan, Taylor, FlorenceGillespie or Jessi Turner, sometimes known as Barbara Turner Taylor) was a 'confidence woman' who operated in Sydney, Newcastle, Brisbane and Perth from the 1890s until the 1920s, and possibly beyond. This photograph was taken aftershe was arrested for defrauding one Henry Placings in Sydney of 106 pounds, by borrowing against a forged cheque, for which she received a year's imprisonment. 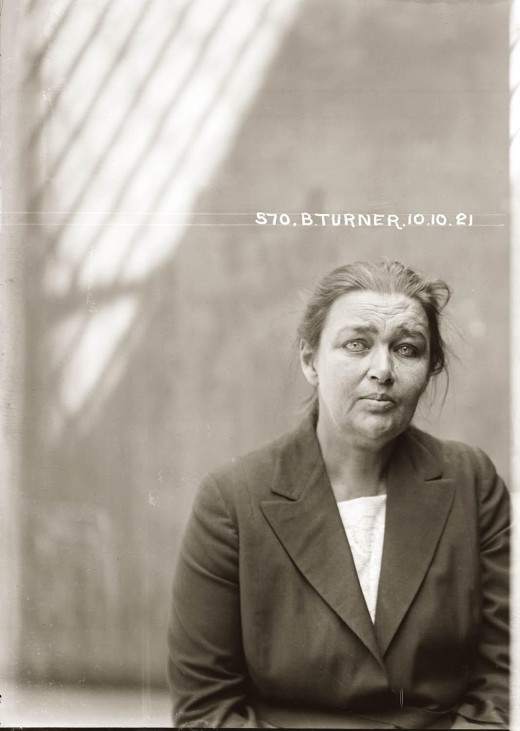