Later on in life, in addition to exhibiting her art, Broadbent worked as a tattoo artist. She worked in shops across the country, including spaces located in Montreal, San Francisco, and New York. In 1937, shebegan to work internationally. She spent time working for independent circuses in both New Zealand and Australia. After her return home to the United States and until her retirement in 1967, she continued to perform and travel with a sideshow. Broadbent isregarded as the most photographed tattooed lady of the 20th century. In 1981, she was the first person to be inducted into the Tattoo Hall of Fame. Broadbent died in her sleep while living in Florida on March 28, 1983.

She is pictured here at Sydney's Fred Harris Tattoo Studio on 4th April 1938. 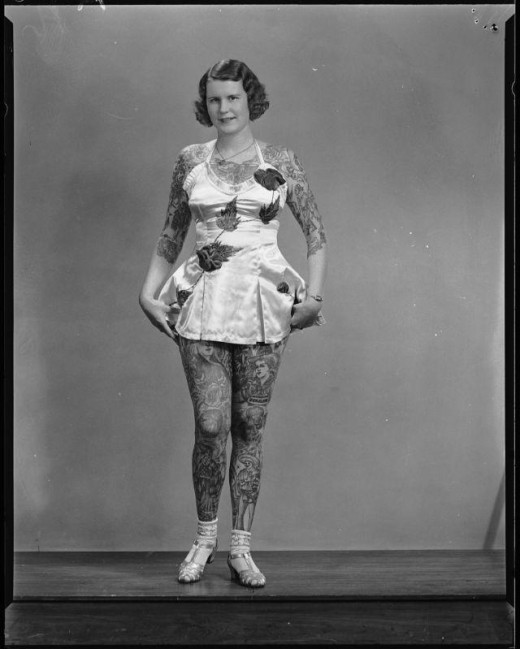 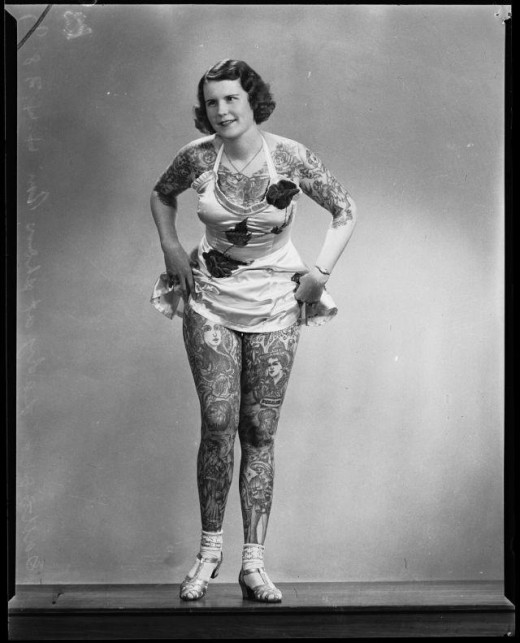 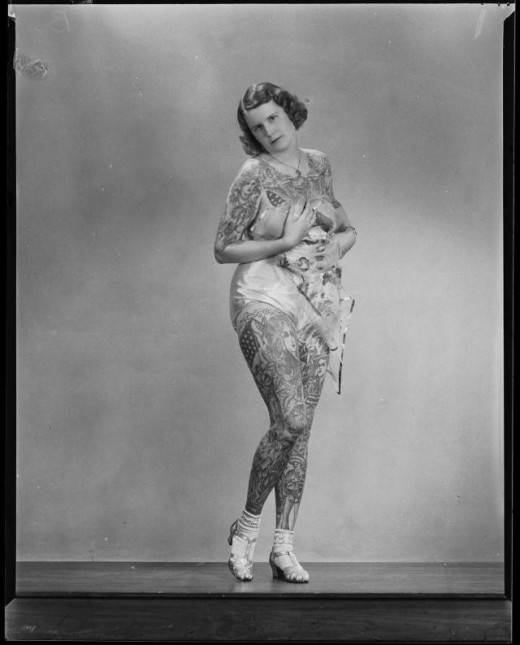 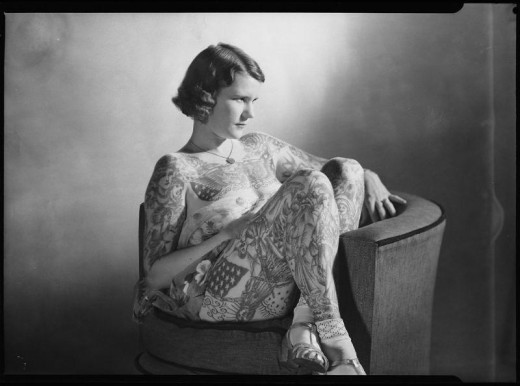 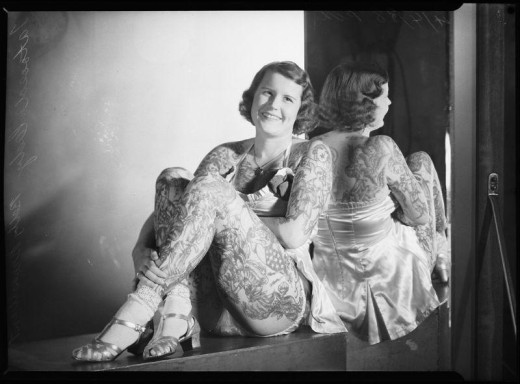 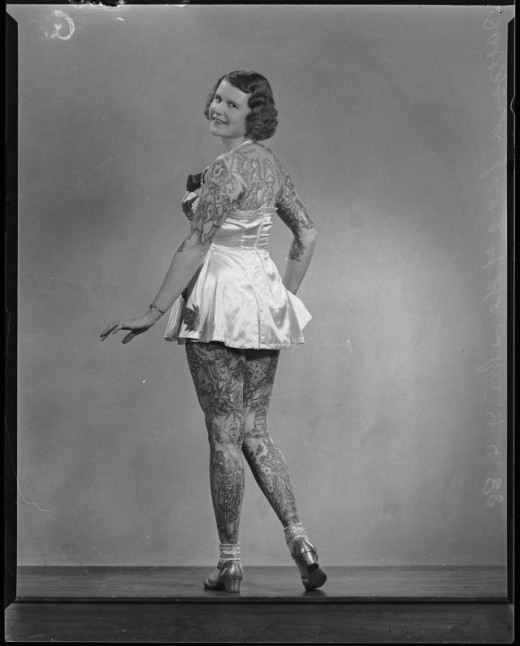 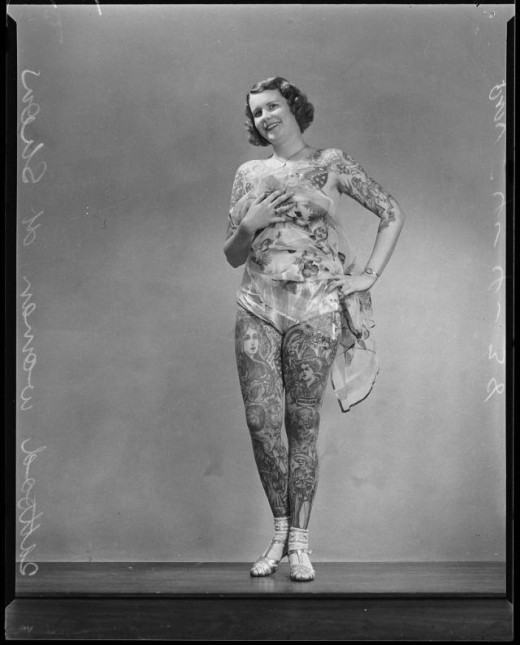