During World War II, fighter aircraft would come back from battle with bullet holes. The Allies found the areas that were most commonly hit by enemy fire, and sought to strengthen the most commonly damaged parts of the aircraft to reduce the number that were destroyed

A mathematician, Abraham Wald, pointed out that perhaps there was another way to look at the data. Perhaps the reason certain areas of the aircraft weren't covered in bullet holes was that aircraft that were shot in those areas did not return. This insight led to the amour being re-enforced on the parts of the machine where there were no bullet holes.

The story behind the data is arguably more important than the data itself. Or more precisely, the reason behind why we are missing certain pieces of data may be more meaningful than the data we have. 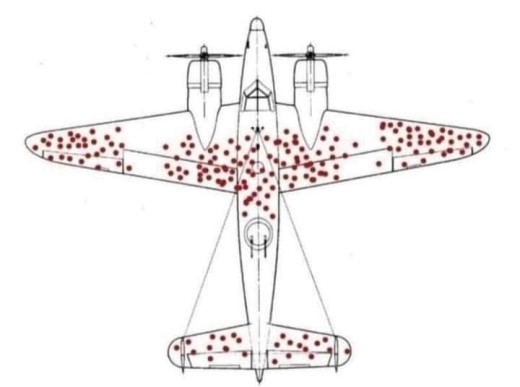