The first time Clairol asked 'Does She or Doesn't She?' in 1957, the answer was 1 to 15... as in only 1 in 15 people were using artificial hair color. Just 11 years later, the answer was 1 of 2. The ad was apparently so successful that some states stopped requiring women to denote hair color on their driver's license.

Clairol did the opposite of what most marketers would do: They didn't want every woman on the street running around saying they were using their product. They wanted women to understand that their product was so good that people wouldn't be able to tell if they were using it or not.

Simply conveying how and why your product works is enough for consumers. Showing becomes more effective than telling. 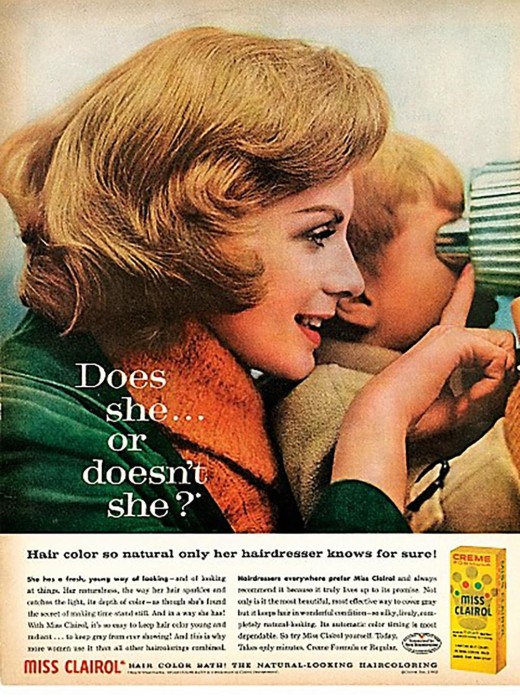 The first time Clairol asked 'Does She o