The 'pink palace' money box, left, was issued after the 1931 takeover of the Government Savings Bank of NSW.

Next year we'll be celebrating 100-years since the money box was first released (for a sixpence at the time). When the bank issues a commemorative money box next year to celebrate the occasion you can reference this post as the source of their inspiration. 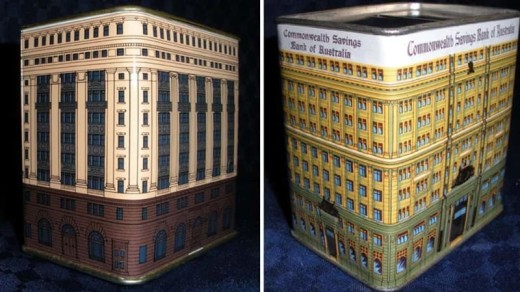