The Manager of the branch was Edward William Hulle (1863-1940). He began his banking career in 1880 and was the Manager of the Sydney branch of the Colonial Bank of Australasia when he joined the new Commonwealth Bank. The Herald reported. When Edward retired in 1936, the bank’s staff magazine noted that "During his service as Chief Inspector, Mr Hulle visited practically every branch in Australia."

The Branch Accountant was Hugh Traill Armitage (1881-1963). He came to the job following 14 years of service with the Bank of New South Wales. Traill retired in 1948 after working as the Governor of the bank for six years. 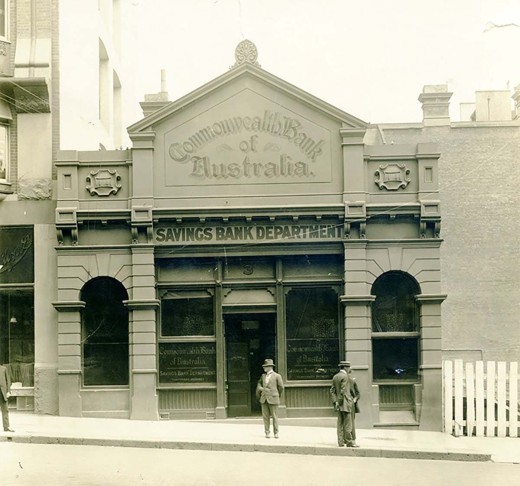