The Darlinghurst Gaol, with the courthouse in the foreground, 1930

The Darlinghurst Gaol is a former Australian prison located in Darlinghurst, New South Wales. The site is bordered by Darlinghurst Road, Burton and Forbes streets, with entrances on Forbes and Burton Streets.

The heritage-listed building, predominately designed by New South Wales Colonial Architect Mortimer Lewis, was opened on June 7th, 1841 and closed in 1914. It has subsequently been repurposed to house the National Art School. 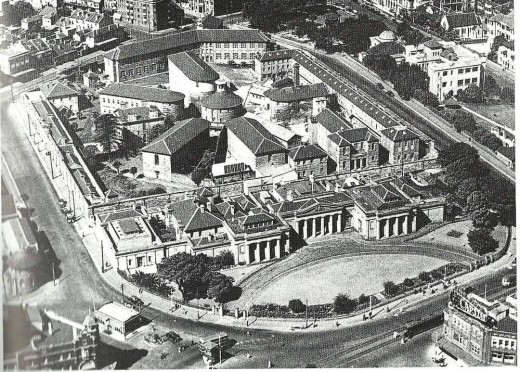 The Darlinghurst Gaol, with the courthou