Completed in 1878, Edmund Wright House was built as the headquarters for the Bank of South Australia. Prior to completion the colony's first bank operated from three weatherboard rooms located on North Terrace. Prior to this the bank operated from a canvas tent where they began in 1837.

The building is one of the few significant architectural statements of 1870s commercial architecture remaining in King William Street.

The building represents the combined work of two significant architects - South Australian Edmund Wright and Victorian Lloyd Tayler - and is of exceptional architectural merit as an example of Victorian era Classical architecture with Renaissance influences.

After being purchased by a development company the local community signed a petition seeking to preserve the building. After a long battle the building was formally listed as a State Heritage Place, was restored, and renamed 'Edmund Wright House' (some see this as an injustice to the principal architect Lloyd Tayler, although Taylor's architecture lives on throughout Adelaide). 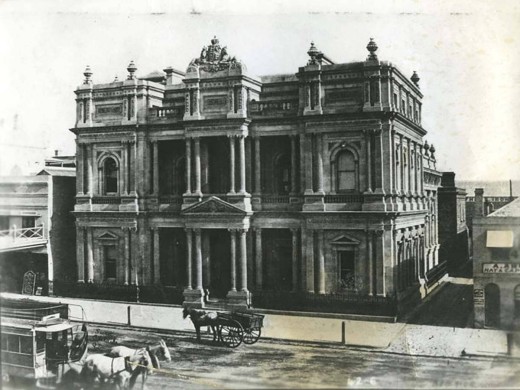