Special Photograph no. 965. Ellen ("Nellie") Kreigher was one of four people arrested and charged over the murder of Gertrude MabelHeaydon. In October the previous year GertrudeHeaydon had been taken to the Coogee flat of a woman known as "Nurse Taylor" to procure an illegal abortion. She died there in the flat. Police later claimed she was murdered by Nurse Taylor, at the behest ofHeaydon's husband, Alfred. A team of low-lifes waseventaully assembled by Taylor's husband Frank to remove the putrefying remains in a horse and cart, and their somewhat farcical progress across Sydney was later recounted by numerous witnesses. Police became involved the followingyear after Gertrude Heaydon's relatives in England became suspicious. The case became known in the press as the "Coogee Trunk Mystery" (referring to the trunk in which the corpse was allegedly removed from the flat). AlfredHeaydon, Frank Taylor, a man named Edward Riley (a trade union official and one timeLabor senate candidate) and Ellen Kreigher, who had shared the flat with Nurse Taylor, were all eventually arrested and charged with murder, accessory to murder, concealment and with having illegally disposed of the body. (Nurse Taylor herself had died in the interim). With press interestrunning high - one paper offered a 1000 pounds reward for information - an intensive search was made for MrsHeaydon's remains. In early August human bones were found under the flagstones of a garage in Westmoreland Lane, Glebe. The case promptly became known as the "Glebe Bones Mystery". After a longinquest the coroner concluded that Gertrude Heaydon had been feloniously and maliciously murdered by the late Nurse Taylor, and that the eleven bones found in the Glebe garage were in fact GertrudeHeaydon's remains. Alfred Heaydon, Taylor, Riley andKreigher were committed for trial, but a month later the police prosecutor announced that the Crown would bring no evidence against the four, and the charges were dropped. 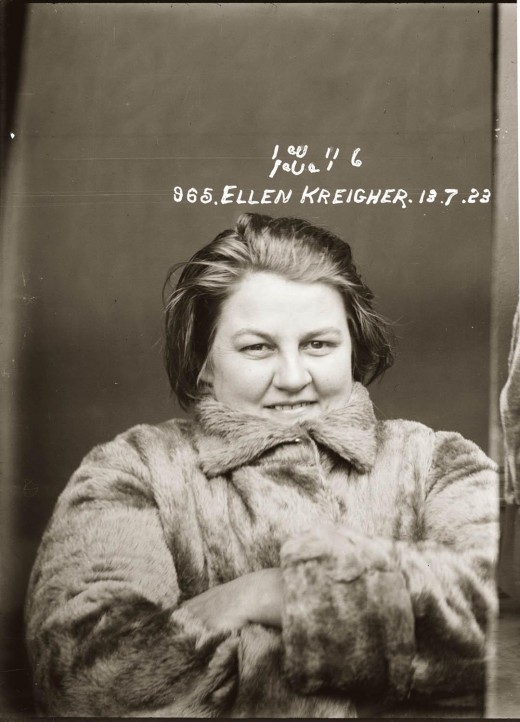