Special Photograph no. 126. Emma Rolfe better known as May Mulholland (also as Sybil White, JeanHarris and Eileen Mulholland) had numerous convictions in the period 1919-1920 for theft of jewellery and clothing (all quality items: silk blouses, kimonos and scarves, antiquebric a brac etc) from various houses around Kensington and Randwick, and from city shops. She appears as a mature woman in the NSW Criminal Register of 5 December 1934. By thattime she is well known for shoplifting valuable furs and silks from city department stores. 'When subjected to interrogation by Police who are not acquainted with her character', the entry notes, 'she strongly protests her innocence,and endeavours to repress her interviewers by stating she will seek the advice of her solicitor.' 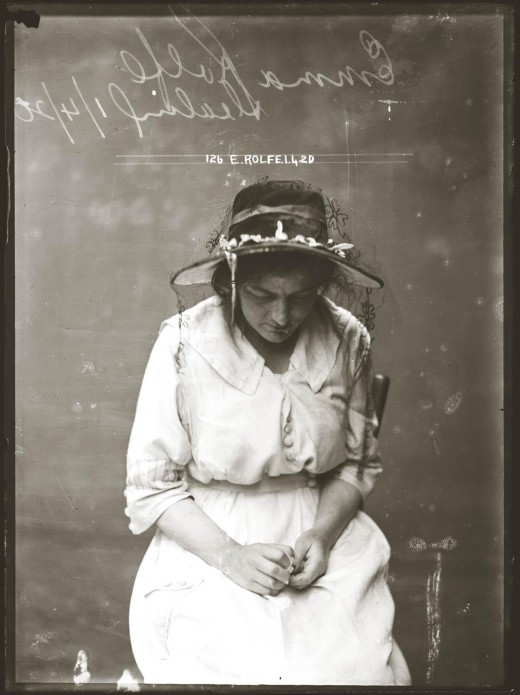 Special Photograph no. 126. Emma Rolfe b