The English, Scottish & Australian Bank Limited was an Australian bank founded in 1852 by Royal Charter in London, and the first Australia branch was founded in Sydney in 1853. ES&A merged with ANZ on the 1st October 1970 to form Australia and New Zealand Banking Group Limited. At the time of the merger ES&A had a network of about 570 branches across Australia.

Esanda was a consumer finance division of ES&A which began separate operations in 1955. Its name is an acronym of ES&A (ESandA). 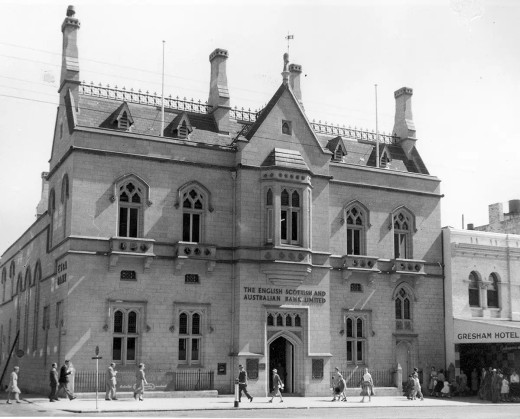