Robert I. Stephens with his first load of Coca Cola bottled in Quincy,1908.

In the 1920s and 1930s, a banker named Pat Munroe in the small town of Quincy, Florida noticed that even during the depths of the Great Depression, otherwise impoverished people would spend their last nickel to buy a glass of Coca-Cola.

With good returns on capital, and a once-in-a-century valuation so low that the business was trading for less than the cash in the bank, “Mr. Pat”, as he was called, encouraged everyone he knew to buy an ownership stake in the firm. He would even underwrite bank loans, backed by Coca-Cola stock, for his responsible depositors to encourage people to acquire equity. 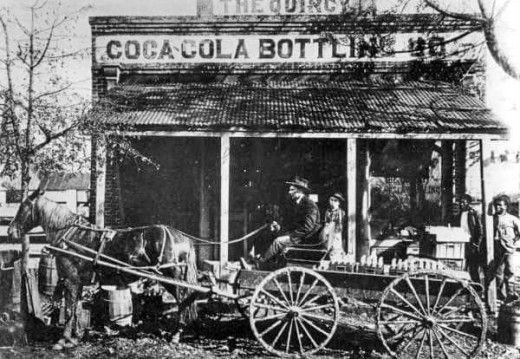 Robert I. Stephens with his first load o