Special Photograph no. 263. Robert McFarlane (the middle man in this trio) is mentioned in the Police Gazette, 7 September 1921 in connection with the theft of 'three clocks, two sports coats and other articles' from the warehouse of Dobson Franks Ltd. He appears in the NSW Criminal Register (24 September1930) as a 'thief and petty larcenist'. His MO includes visiting foundries with a horse and cart and stealing ingots of iron copper and tin. He also 'steals laundered articles from clothes lines'. Heis described as being of 'violent disposition', 'addicted to drink' and is said to associate with 'the vagrant class'. 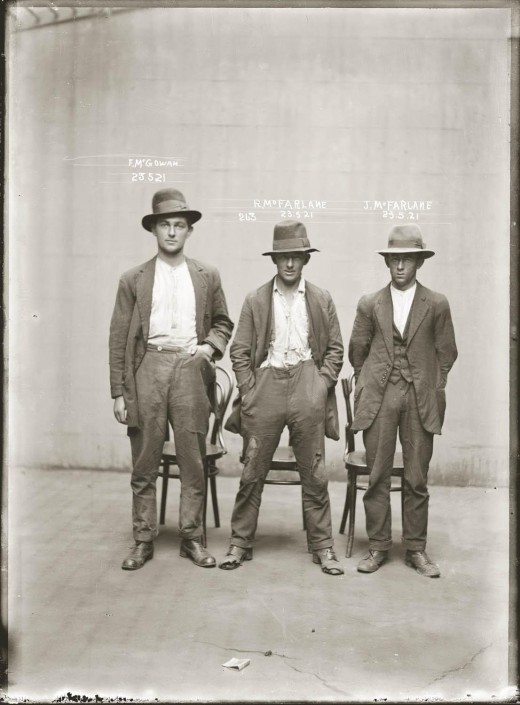