Special Photograph no. 446. The quartet pictured were arrested over a robbery at the home of bookmaker Reginald Catton, ofTodman avenue, Kensington, on 21 April 1921. The Crown did not proceed against Thomas O'Brien but the other three wereconvicted, and received sentences of fifteen months each. 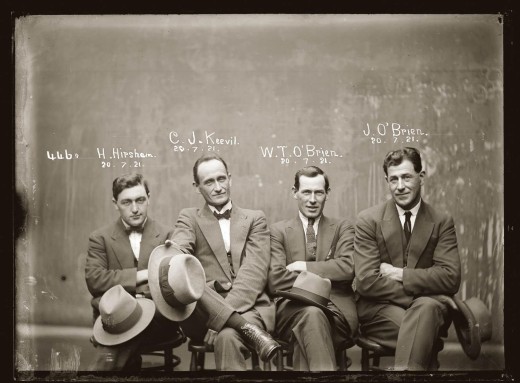 Special Photograph no. 446. The quartet