Special Photograph no. 1272. Harry Chapman, then aged 19 was arrested in June 1924 for breaking and entering a dwelling-house, and stealing articles, value 2 pounds 16 shillings and 6 pence. In September that year he was arrested againand charged with stealing a motor cycle and side car (value 175 pounds) and a till containing money, value 17s. 6d, in league with Harold ('Tarlow')Tarlington (15) and Alfred Fitch (17). Tarlington went on to become a well-known criminal and was eventually shot dead in St Peters by Myles Henry 'Face' McKeon, who was himself later shot dead in Chippendale. Fitch also went on to become an active member of the Sydney underworld (see 'Mugshot of Alfred Fitch' in this collection). Chapman was sentenced to two years hard labour for themotor cycle theft. 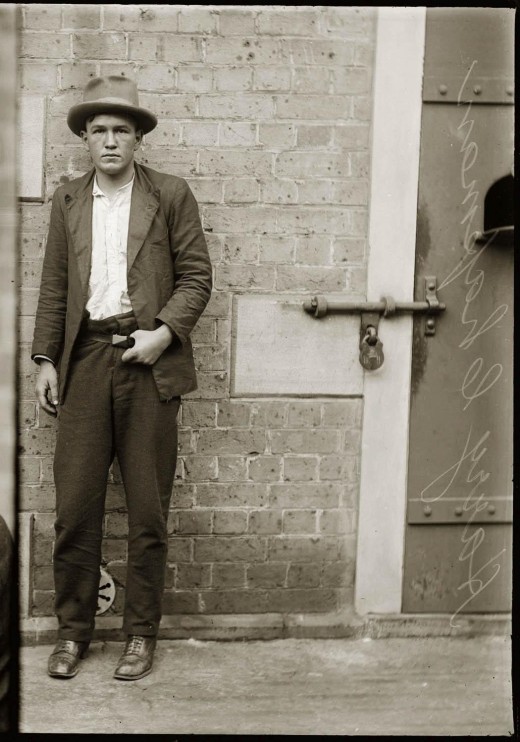