The five-storey building containing Her Majesty's Theatre, Payten's Hotel and the Australian Banking Company is depicted in the centre of the image.

The theatre has a sign on its facade advertising 'A Midsummer Nights Dream', starring British-born actor, George Rignold (1839 – 16 December 1912). The intersection of Pitt and Market Streets is depicted in the foreground of the image. 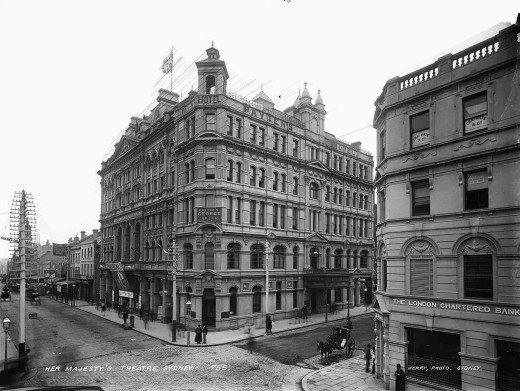