Special Photograph no. 86. The precise circumstances surrounding this picture are unknown, but Ellis is found in numerous police records of the 1910s, 20s and 30s. He is variously listed as a housebreaker, a shop breaker, a safe breaker,a receiver and a suspected person. A considerably less self-assured Ellis appears in the NSW Criminal Register of 29 August 1934 (no. 206). His convictions by then include 'goods in custody, indecent language, stealing, receivingand throwing a missile.' His MO includes the entry 'seldom engages in crime in company, but possessing a most villainous character, he influences associates to commit robberies, and he arranges for the disposal of the proceeds.' It adds that he has the nicknames'Curley' - his hair is thinning - and 'Deafy', as he is by then quite deaf. He is seen leaning heavily on a walking stick in the later image. 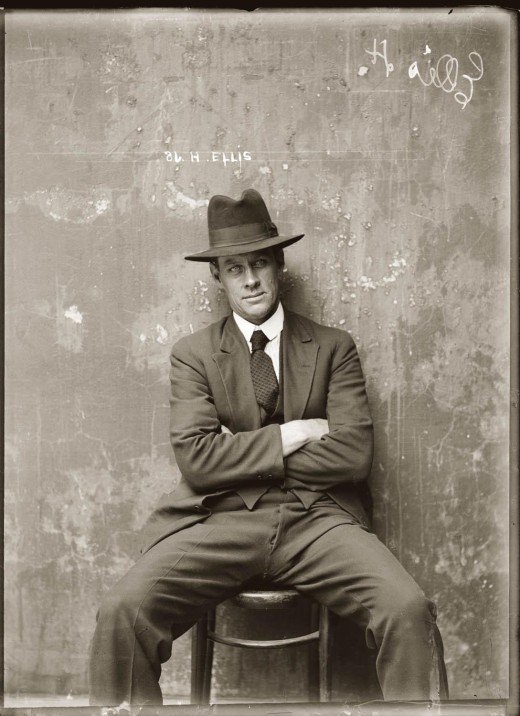 Special Photograph no. 86. The precise c